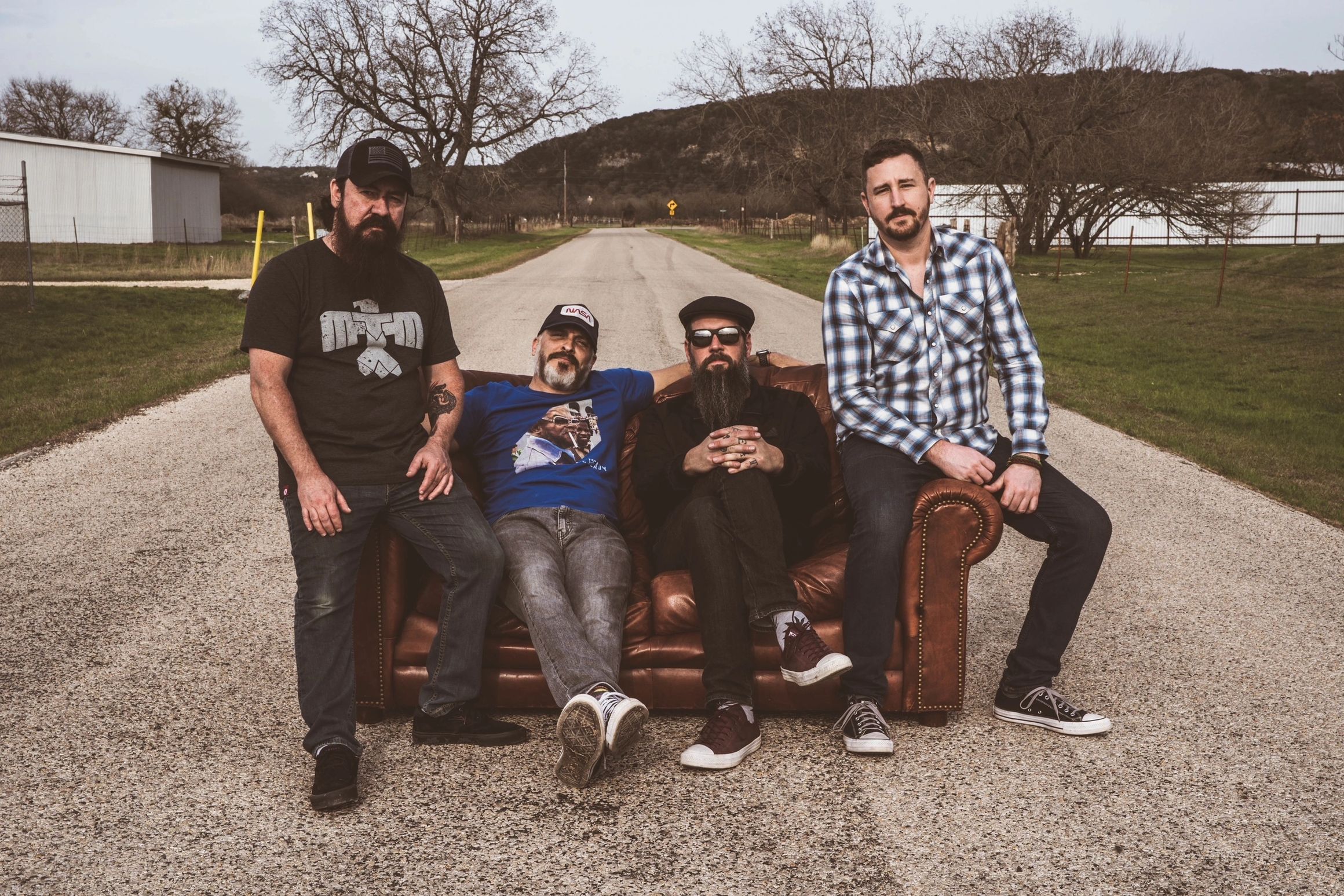 To follow the release of their impressive and rowdy debut video « The Mountain vs The Quake », Austin heavy rockers HIGH DESERT QUEEN present a brand new track taken from their upcoming album ‘Secrets of the Black Moon’ on Ripple Music. Get compelled by their doomy blues-inspired new single « Heads Will Roll » via Metal injection!

HIGH DESERT QUEEN‘s debut album ‘Secrets of the Black Moon’ finds the perfect balance between earth-rumbling grooves, irresistible heaviness and sun-drenched riffage, and the mind-elevating force of Ryan Garney’s vocals. From the galloping anthem « The Mountain vs The Quake » to the dark soaring escape of « Skyscraper », this 8-track journey awakens the senses and makes the listener reach the tipping point between aural gravity and levitation.

About « Heads Will Roll », frontman Ryan Garney comments: “The song had such a cool groove and dark feel that it made it easy to write vocals. I had been reading a lot about life during medieval times where if you made a mistake you didn’t go to jail but went to the guillotine and they ‘rolled your head’.”

The relentless foursome was recently signed by Ozzy Osbourne bassist Blasko to Ripple Music as part as his collaboration with the Californian label. Initially set for a June release under the title ‘Bury The Queen’, ‘Secrets of the Black Moon’ will be issued on October 15th on vinyl, CD and digital. The album was mixed and mastered by Swedish producer Karl Daniel Lidén (Lowrider, Crippled Black Phoenix, Greenleaf) at Studio Gröndahl in Stockholm. Watch their fun and rowdy video for « The Mountain vs The Quake« . 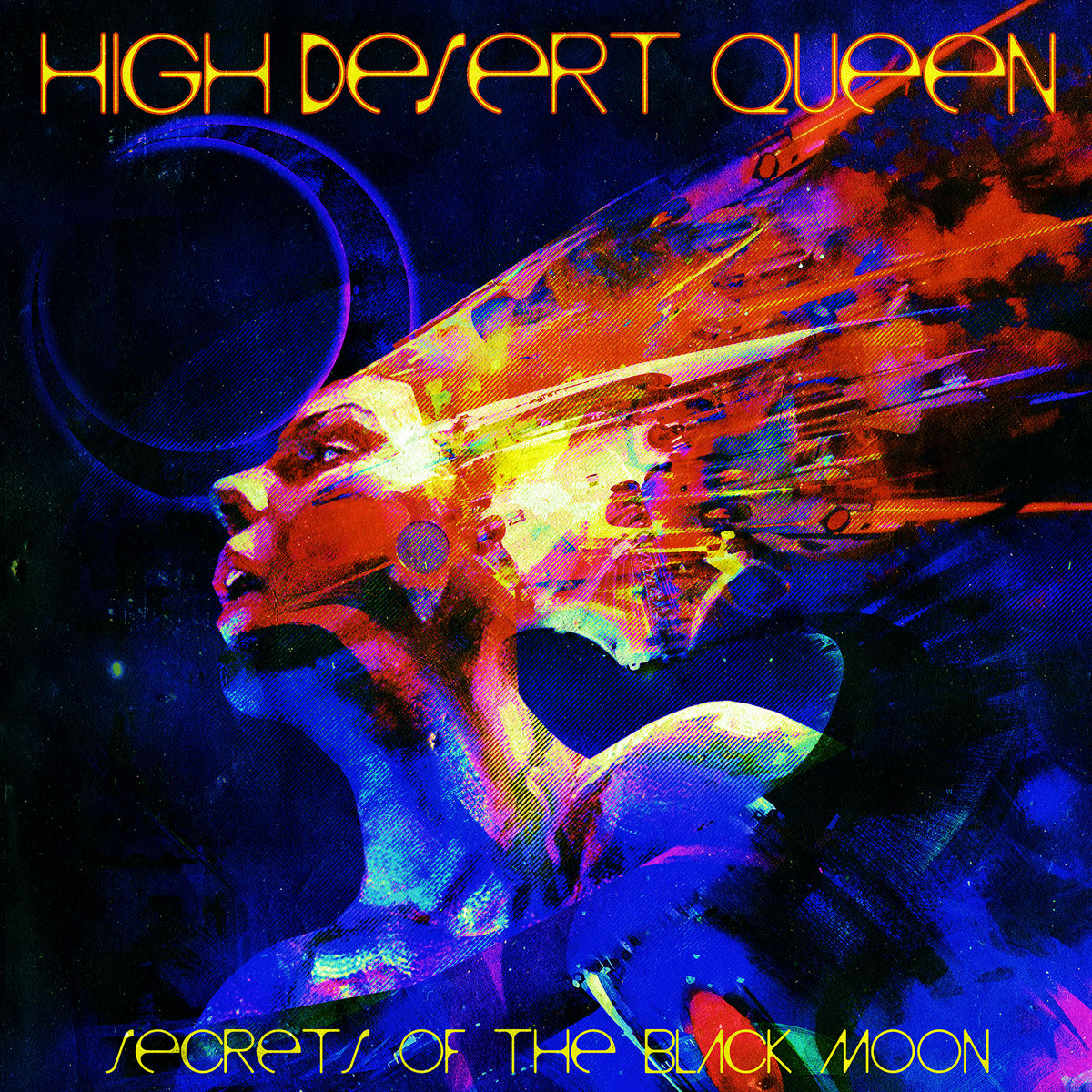 Formed in 2019 to an eclectic backdrop of influences, the foursome’s sole aim was to make the kind of music they could file away on their own record shelves, among the likes of Queens of the Stone Age, Elder, Lowrider, Alice in Chains, Tom Waits and The Allman Brothers. Providing high octane shows that never deliver the same experience twice, HIGH DESERT QUEEN were well on their way to establishing themselves as one of the hardest working rock bands on the Austin music scene.

Relocating from Houston in 2020 to accommodate the talents of bassist Matt Metzger and drummer Phil Hook, singer Ryan Garney and guitarist Rusty Miller of HIGH DESERT QUEEN quickly found themselves in the enviable position of having twelve songs ready to commit to tape. With such an impressive display of sincerity and sonic maturity, they caught the eye and ear of Ozzy Osbourne bassist Blasko, who recently signed the band to Ripple Music as part of his collaboration with the Californian label. ‘Secrets of the Black Moon’ will see an October 15th, 2021 release on limited and black vinyl, CD and digital. 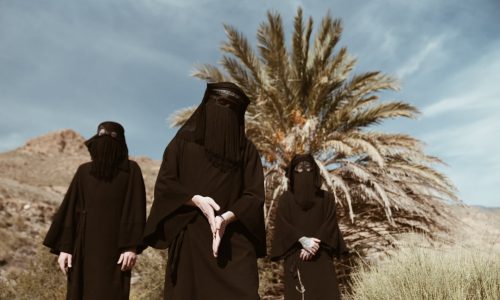