ÂGE ⱡ TOTAL, the unholy alliance between French über-heavy units ENDLESS FLOODS and GREYFELL, are set to release their self-titled debut — a mountain-sized ambient and progressive doom journey to be issued on February 5th on Soza. They unveil an epic multi-layered, fantasy-inspired first track today, with « Metal » streaming exclusively via Heavy Blog Is Heavy!

« This album is a work of genius with its different styles of music and how it embraces the LIGHT and DARK philosophy of doom/sludge metal with uplifting musical passages and bleak down-tempo grooves that are spliced throughout the album. This is one of the best, if not the best collaborative album I’ve heard in years. » — Outlaws Of The Sun

ÂGE ⱡ TOTAL is the evolutive and collaborative project formed by French progressive doom foursome Greyfell and ambient doom/drone specialists Endless Floods. Written and recorded collectively, their eponymous debut album lifts the mastery of both outfits to celestial climaxes over the course of its four tracks.

Clocking in at 43 minutes, ÂGE ⱡ TOTAL‘s self-titled debut is an intriguing sonic journey dripping with the doom bravery of both Endless Floods and Greyfell, with the subtle addition of violin and trombone. At times ethereal and above all gripping vocals carry you to an out-of-time interval, where epic knight stories and otherworldly creatures meet on the path weaved their by celestial synths and earth-rumbling riff layers.

⚔️ Lift the veil on epic debut single « Metal » at this location ⚔️

« After writing two 15-minute tracks, we wanted to record a more direct song, so we wrote « Metal ». The first riffs we jammed had this « royal court » vibe, well, that’s how we felt it. So we decided to emphasize with the Maiden-like duet guitars. To get the vibe, you have to watch Vangelis’ « Chariots Of Fire » video. He’s sat in front of a grand piano with a coffee and ashtray, and a projector streaming a movie. Suddenly, he hammers some chords while some guy is running on the beach, takes cigarette puffs whereas something majestic is happening on screen. He’s in control. That’s what we wanted to convey when playing ‘Metal’, » comments Endless Floods guitarist and vocalist Stephane Miollan. « It’s also the only song in French on the album, it relates the alliance between a warrior woman and a square object with great powers. Together, they will open the gates of Hell. Our friend Anne-Laure from Bungalow Depression (in which Hugo and Clément of Greyfell also play) performed violin and sang on the song’s chaotic final part. We loved it. The chorus says: « Like a hammer, the shadow falls. Metal on tomorrows». » 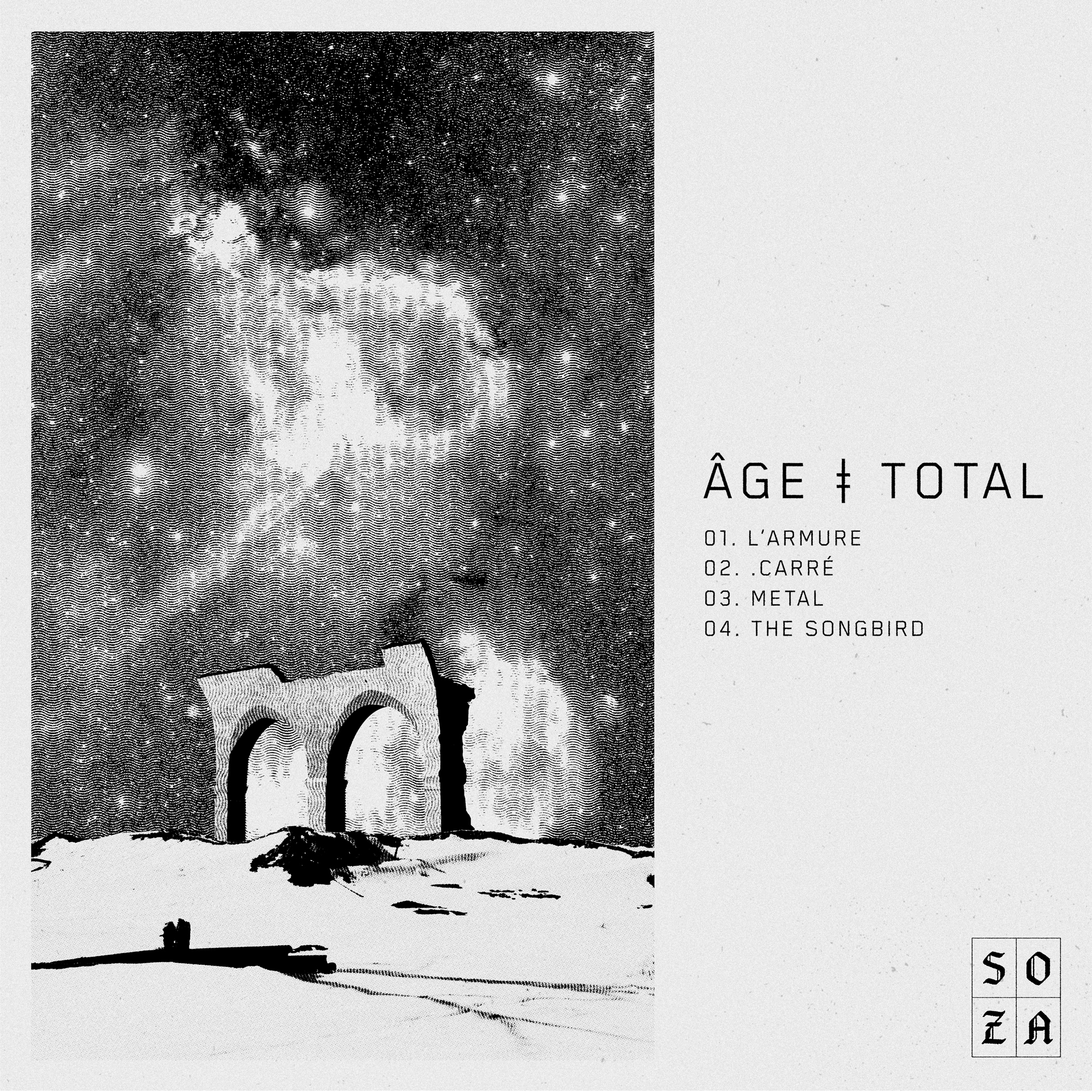 France’s cathartic doom specialists ENDLESS FLOOD formed in 2015 in Bordeaux around Stephane Miollan (Monarch, Bombardement), Benjamin Sablon (Bombardement, Shock) and Simon Bédy. With “no boundaries in heaviness” as a motto, they raise a prodigiously thick wall of sound by blending doom and sludge aesthetics with mind-expanding ambient metal structures. A sorrowful procession arising from the limbo. The trio released their self-titled debut in 2015, then quickly returned with their sophomore full-length “II” in January 2017. New album Circle The Gold” (2019) results from a year-long reassessment among the trio and symbolises a fresh start in their creative process. Over the span of 40 minutes and two songs, it sees the band evolve towards a more melodic aspect of their sound. Like the first ray of light shining through the gloom after a violent storm, both songs slowly move from impressively majestic chaos driven by cathartic screams and unfettered echoing solos, to almost-meditative and unadulterated moments of peace. — ENDLESS FLOODS on Facebook / Bandcamp

At the core of Rouen local scene, GREYFELL are the armed wing of Soza collective. Stoner, for the sake of it, not by trend, where hints of black metal, doom and hardcore that are no coincidence either. Drawing influence from sonic heavyweights like type o negative, sleep and kickback, and paying tribute to the ancient spacemen3 as well. Mastering the inner power of extreme music, their sound proves to be celestial, telluric, and all around massive. Nagging Guitar riffs piled on a bass sound of an unheard heaviness, chained to drum beats delivered like there’s no tomorrow. Hypnotic and tense melodies uphold vehement and incantatory vocals. Their music will shake the foundations of the powers that be. There will be a light in the dark, there will be quiet before the storm, there will be harmony in chaos. — GREYFELL on Facebook / Bandcamp / Instagram