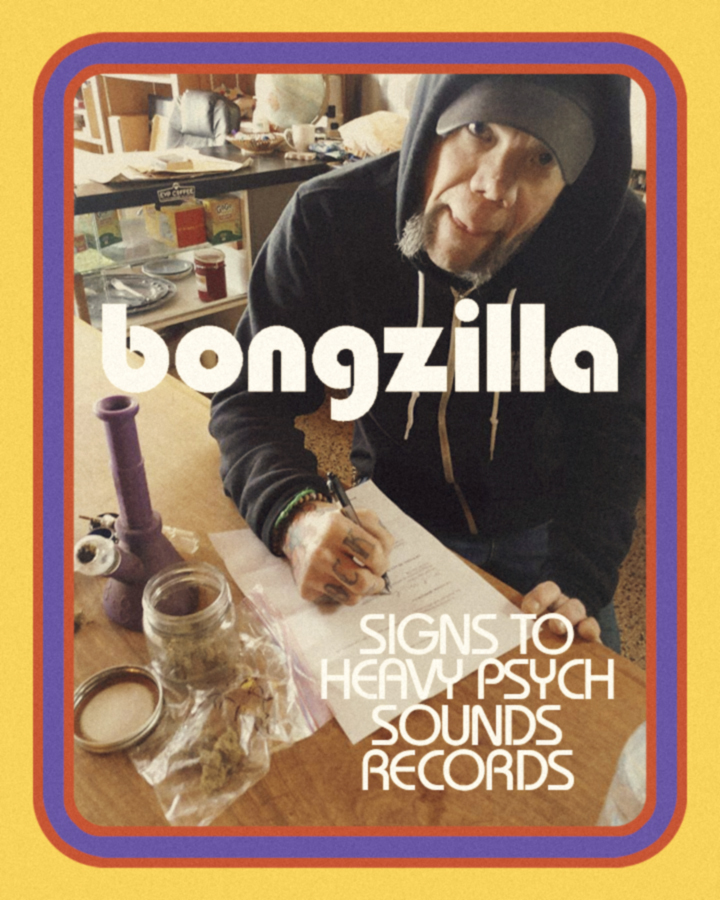 In April 2015 it was announced BONGZILLA was reforming with the Gateway lineup, first announcing a tour of Europe. The band followed up with a four-date tour of the West Coast USA, a tour of the east coast USA and an appearance at Desertfest Belgium. The band began 2017 with a local show in Wisconsin before embarking on another European tour, playing the likes of Roadburn Festival, DesertFest Berlin, DesertFest London, KristonFest and have begun working on material for a new album.

In early 2020, BONGZILLA started their own label Gungeon Records and released a re-issue of their classic album « Apogee ». However, in March of 2020 it would be announced that Cooter Brown would retire from the band due to health and family reasons, with Bongzilla choosing to continue as a thunderous three-piece.

A few months into the pandemic, BONGZILLA began rehearsing and recording for several different record projects – A limited Wake Brewing 7 inch, a full length album titled Weedsconsin, an LP split with the band Tons, and a 7 Inch Split with Boris, the first of a 7 inch Split Series released on Gungeon Records. All projects were recorded at Future Apple Tree Studios in Rockford, Illinois in October of 2020 by the legendary John Hopkins before his sudden and unexpected passing in the late fall of 2020.

On 21st January 2021, the band announces its signing to Italian label Heavy Psych Sounds, for the release of their fifth studio album « Weedsconsin » later in 2021.