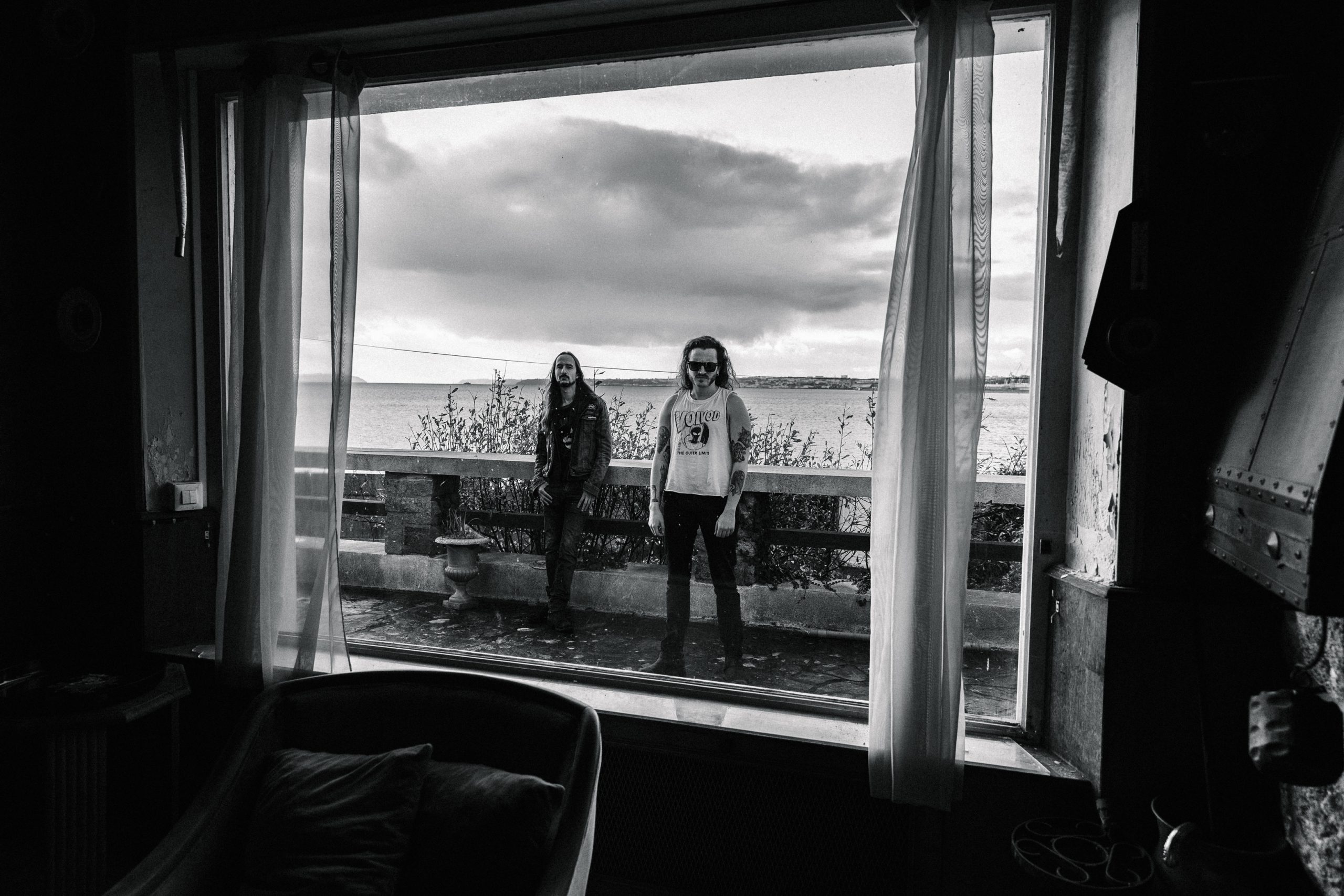 They have a gift for catchy and spine-chilling anthems: beware, for horror rock masters ARCANA 13 are finally unveiling their spellbinding ‘Black Death’ EP in full today, courtesy of Doomed & Stoned and Metal Hammer Italia. It’s out this Friday on 7″ vinyl and digital through Aural Music.

« The band’s sound is mystical and transcendent, yet strapping with might. Arcana 13 conjures a magical experience that is at once viceral to spellbinding. Their live shows underscore the visual component of the music even further, with excerpts from films by Lucio Fulci and Dario Argento featured prominently. If you’re as much a Sabbath-worshipper as we, then this is a band that definitely belongs in your rotation. » says Doomed & Stoned. « Black Death is a stentorean and bombastic lectio magistralis » adds Metal Hammer Italia.

Deep into the darkness a spine chilling scream cuts through the fog. Filthy fuzz sounds start consuming the air. A deep rumble of drums and square waves get the earth shaking. This is the Horror Doom march of ARCANA 13… for the dead are listening. The followup to their 2016’s debut ‘Danza Macabra’ was thought-out and written as themain theme for horror TV show “Black Death: The Series” by Italian director Luca Canale Brucculeri. The ‘Black Death’ 7-inch EP will also include a doomed upcover of Iron Maiden’s “Wrathchild”. ARCANA 13 recently released an amazingly disturbing video for the « Black Death » song, which you can watch right here.