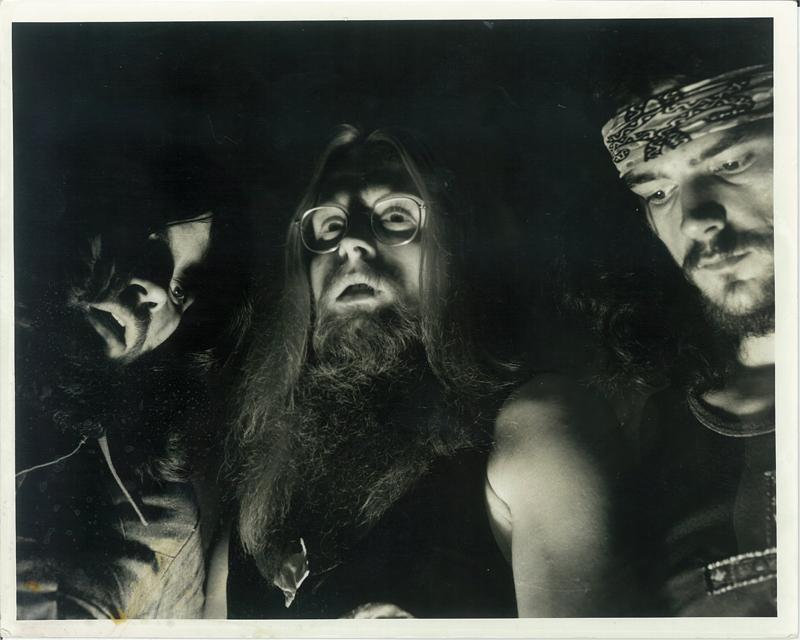 American cult psychedelic rock trio POOBAH once again teamed up with Ripple Music to repress their classic 1972 debut ‘Let Me In’, available from December 20th, 2020. Complete your classic records collection with this quintessential proto-metal release of the 70s!

« You could go broke and mad trying to locate every « great lost album » cherished by fanboys from the homegrown-pressing underground of the late 60s and 70s. The 1972 debut by the Ohio trio Poobah is one of the few that was – and still is, as hard 70s boogie goes – great.«

POOBAH‘s 1972 cornerstone record ‘Let Me In’ is now approaching legendary status: thanks to an unprecedented fusion of early days Cream’s psychedelia and the fuzzed-out heaviness of Black Sabbath, the American trio’s debut full-length originated a sound that was both fresh and intense. Their incendiary live shows led them to support major acts such as Canned Heat, Judas Priest, Alice Cooper, ZZ Top, Foghat, and countless others throughout the years.

Recently, Dave Wyndorf of MONSTER MAGNET announced that his band will be working on a cover of « Mr. Destroyer », to be featured on the next Monster Magnet album. Ripple Music have also announced the repress of Poobah’s cult lost metal album ‘Steamroller’ (1979) as well as a full band anthology, which details will be unveiled soon.

Ripple Music label head Todd Severin comments: « Songs from the album have suddenly been appearing in Hollywood films, such as ‘Josie’ with Sophie Turner and Dylan McDermott. Poobah has played more shows at the Rock’n’Roll Hall of Fame than anyone else, opened for bands like Judas Priest and Uriah Heap, played private parties for the Rolling Stones, and recorded with Jimi Hendrix’ bass player Billy Cox. Jim Gustafson has even been featured in a comic book! »

‘Let Me In’ reissue will be released on December 20th, 2020 on deluxe 2xLP, including a bonus disc with 12 previously unreleased tracks, a double gatefold jacket with rare photos, and a download code.

Ten guitar powered studio albums and thirty years later, POOBAH is still at it, playing his distinctive brand of heavy rock to clubs filled with fans, old and new. Over the course of four decades, Gustafson has the distinction of playing the Rock’n’Roll Hall of Fame more than any other musician. As of 2010, Jim Gustafson has signed on with indie record label Ripple Music to re-release POOBAH’s debut album ‘Let Me In’ – re-mastered by underground cult hero Tony Reed (Mos Generator). The fourth reissue of ‘Let Me In’ will come out on December 2020 via Ripple Music, and will include an exclusive Monster Magnet cover of « Mr. Destroyer ».