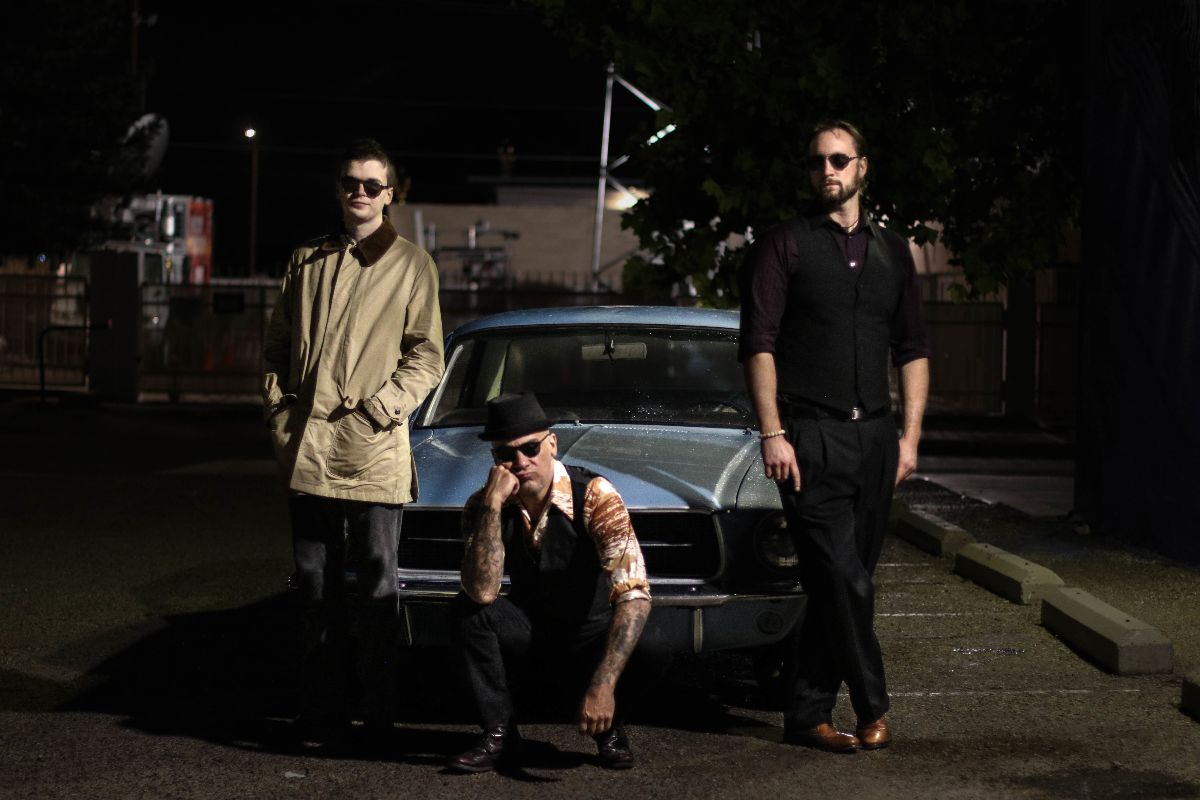 New EP ‘Andiamo Nel Deserto’ from desert blues rockers L’uomo Nero (The Boogeyman) willmark the launch of a concept of three EPs, based on an intricate and crepuscular Lovecraft-inspired murder investigation inspired by true events, with each artwork revealing missing clues. Paranormal phenomenons and a fantastic scenery sprinkle the four tracks of the ‘Andiamo Nel Deserto’ EP, a blues rock gem that fits in the US desert scene’s tradition.

Debut single “Nel Deserto” proves to be the centerpiece of a truly groovy and melodic rock opera, with Dominic Cagliostro’s soulful vocals and ardent riffing meeting the heritage of American rock artists such as Masters Of Reality, Mark Lanegan or Chris Cornell.

« So far, we only know that the Flagstaff Police Department is investigating the death of a woman from New Mexico. Private Detective Nico L’oscuro is using supernatural and magical practices to uncover the mystery behind this disappearance… » Enter the story on November 6th, with first EP ‘Andiamo Nel Deserto’ to be released on independent label Desert Records.

L’uomo Nero is a desert rhythm and blues rock three-piece hailing from the New Mexican High Desert. Are we helpless victims of unimaginable forces that can drive humans mad by their mere manifestation? Or fearless Investigators and Occult Detectives who confront the minions of darkness in encounters, in which humans, although appear outmatched, defend their sanity uncovering the mysteries of tranquility in defiance of the suffering we experience from the things we cannot manage or restrain.

Occult blues rockers L’uomo Nero play with their band name, ‘The Boogeyman’, to build an intriguing sonic trilogy made of three 4-track EPs: ‘Andiamo Nel Deserto’, ‘Del la Mer’ and ‘Voda Atebo Ohen’. These follow the adventures of occult detectives Nico L’oscuro, Quello Bello and Sentire, and their supernatural and magical practices to uncover the mystery behind the disappearance of a woman from New Mexico. Created on a fantastic thriller basis and inspired by true events and by American author H.P. Lovecraft, the three EPs take the protagonist through the stages of grief, denial, anger, bargaining, depression and acceptance. All three records together form the framework of a gloomy occult crime investigation illustrated by a special artwork and layouts that reveals some missing clues. The entire trilogy will be issued between fall 2020 and spring 2021, with first EP ‘Andiamo Nel Deserto’ coming out via Desert Records.