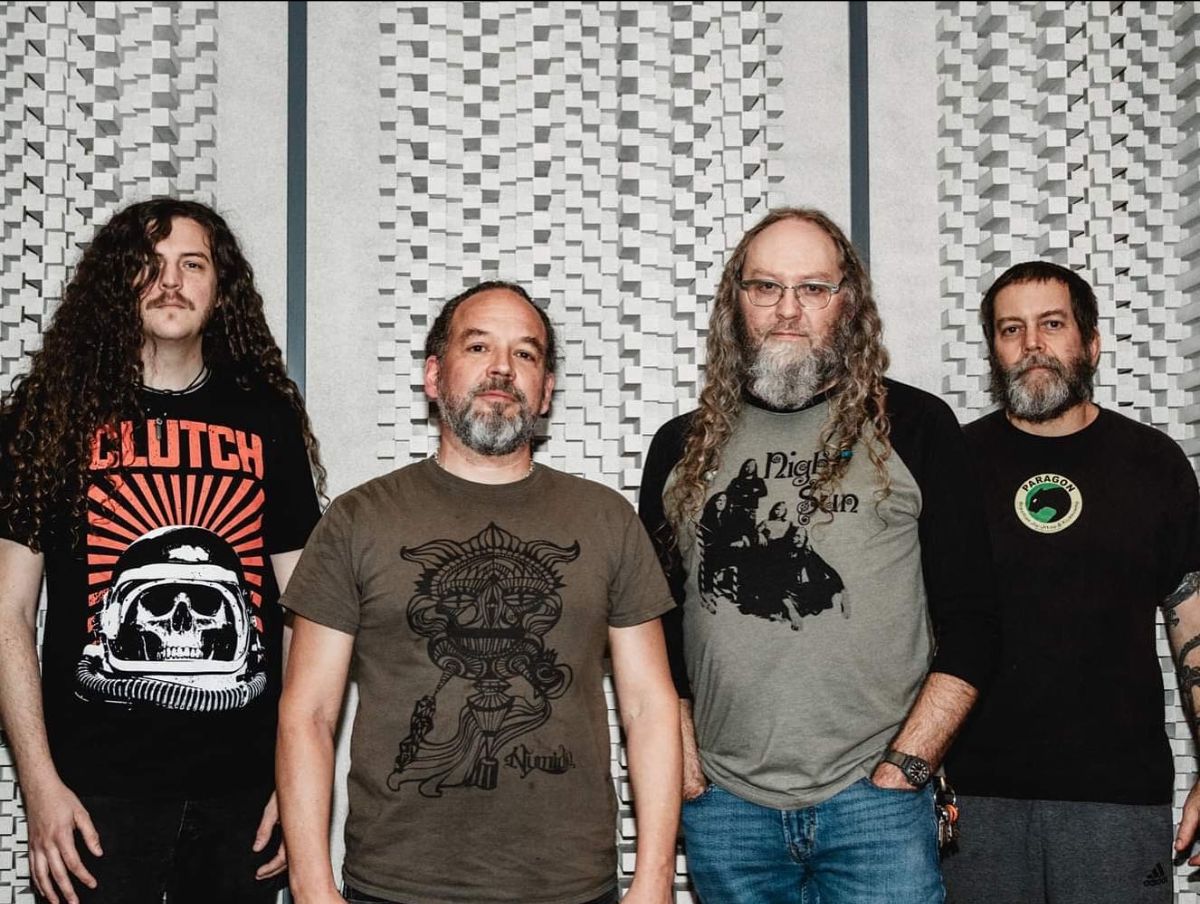 Dallas-based psychedelic doom legends WO FAT unleash a mammoth 14-minute new track taken from their upcoming seventh studio album ‘The Singularity’, due out May 6th on Ripple Music. Get swallowed up into the hazy meanders of « Orphans Of The Singe » now.

WO FAT return with their seventh studio album, a record they feel is their most adventurous and exploratory yet. While not necessarily a concept album, its themes relate to existential threats and a dark destiny, a reflection of the times we’re living in. Its title, ‘The Singularity’, can refer to an environmental tipping point beyond which irreversible cascading feedback loops of climate destruction are inevitable; it can also refer to a point in the evolution of artificial intelligence and machine learning after which everything changes and goes beyond what we can control, potentially leading to humankind’s destruction. These apocalyptic and sci-fi-based ideas also serve as metaphors for the struggle for truth and reality in the face of disinformation, manufactured facts and cultic thinking. In essence, the battle for the future of our planet and civilization.

WO FAT recently made a statement to announce new additions to the lineup: « Patrick Smith is joining us playing bass and OG Wo Fat member Matt Watkins has come back to play guitar with us. Matt played way back in the early days of Wo Fat. We also want to send a huge thank you to Zack Busby, for supremely kicking ass on bass with us for the last 6 years. He recently decided he needed to step down, but really brought a lot to the band and helped shape the sound of the new record. »

Listen to new single « Orphans Of The Singe » at this location

‘The Singularity’ ventures outside WO FAT‘s well-establish blues-based paradigm, keeping all the heaviness but also tapping into some 70’s fusion influences and more open jamminess. All in all, it’s the perfect return and elaboration of everything we love about one of the most iconic bands in all of heavy rock history! ‘The Singularity’ will be released on limited edition colored 2xLP, classic black 2xLP, limited digipack CD and digital through Ripple Music.Listen to the first single « The Witching Chamber« . 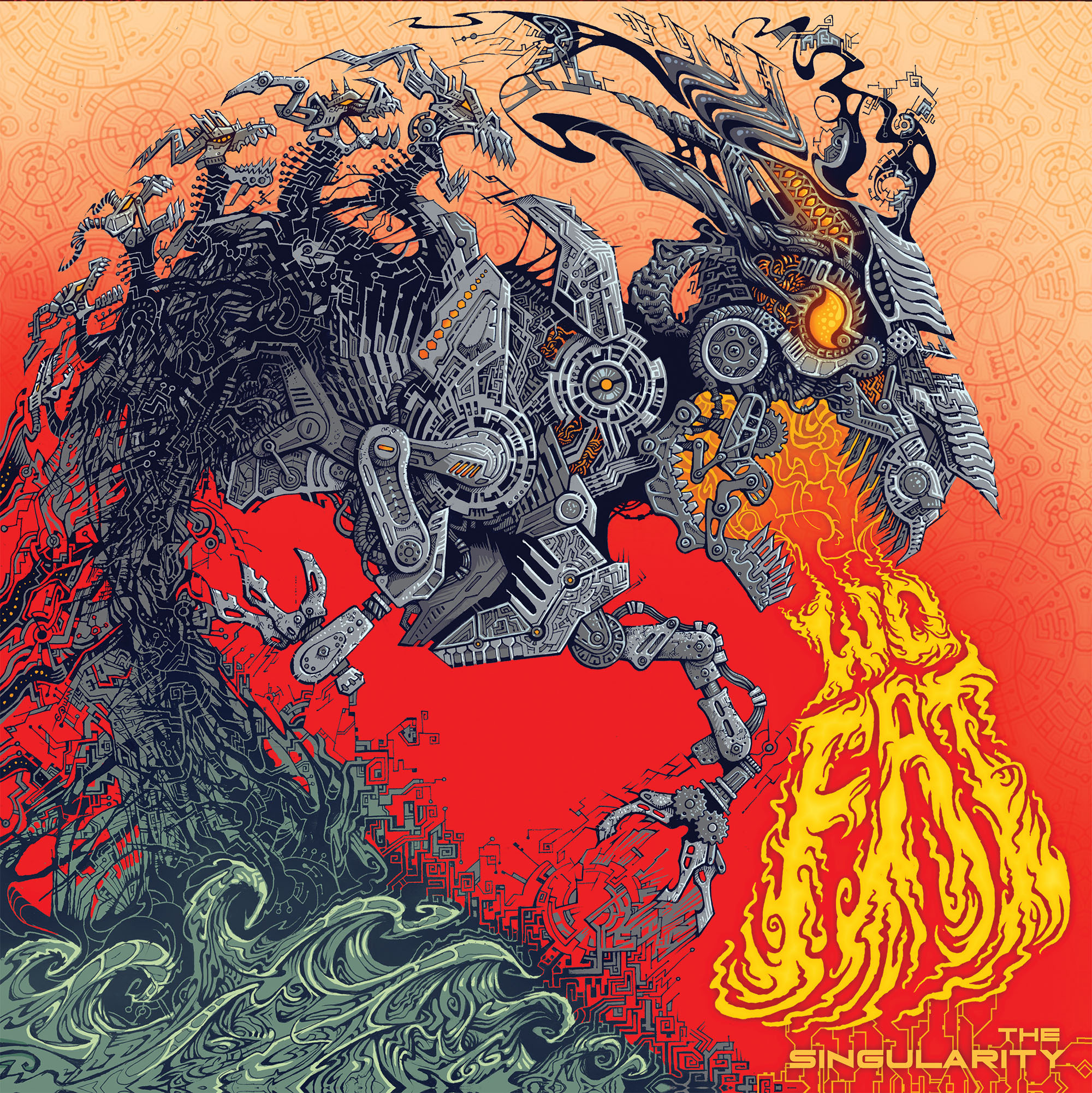 TRACKLIST:
1. Orphans of the Singe
2. The Snows of Banquo IV
3. Overworlder
4. The Unraveling
5. The Witching Chamber
6. The Singularity
7. The Oracle

With voodoo drums beating and molten blues-tempered waves of guitar riffery, they are carrying on the WO FAT tradition of keeping things heavy and fuzzy, but also groovy, which, all too often, is a missing element in much modern heavy music. You can hear the echoes of field hollers and that oft-forgotten “way back yonder funk” that fuels the fire that burns deep in the swamp at the witching hour. You can feel the rush of living on the edge and glimpse a phantasmal Coltrane in your peripheral vision as they careen through improvisational jams. And all this with an unrelenting metal heaviness underscoring apocalyptic lyrics that conjure visions of the end of an age, and black midnight bargains and the consequences reap. While Wo Fat may be speaking a familiar language to the apostles of the riff, there isn’t anyone that sounds quite like them.
‘The Singularity’ lineup is:
Kent Stump – guitar, vocals
Michael Walter – drums
Zack Busby – bass 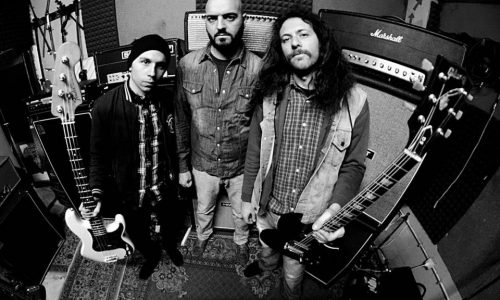