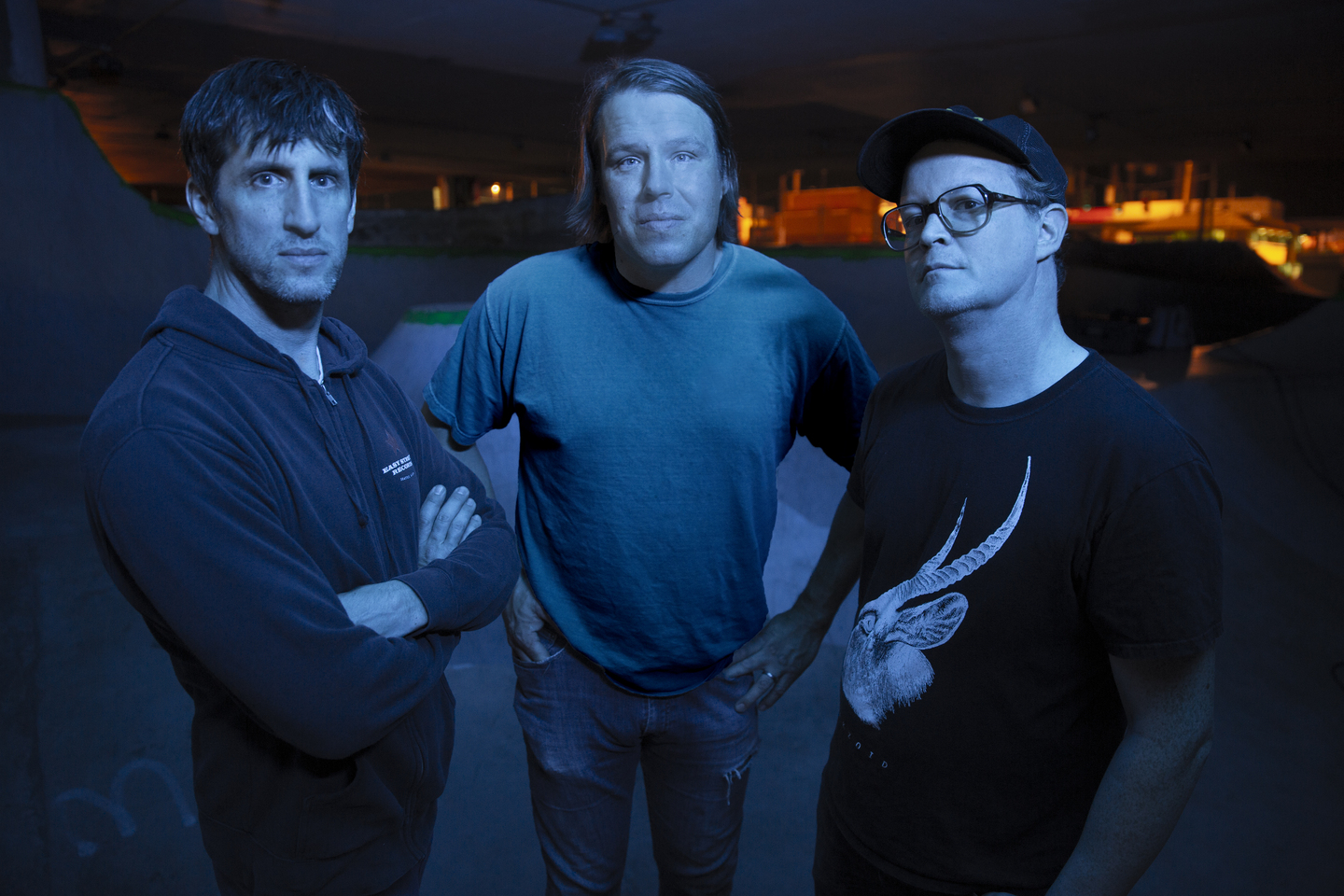 Seattle’s alternative heavy rock trio FLOORED FACES return with brand new single « Shoot The Ground », and reveal all details about their sophomore album ‘Kool Hangs’, to be issued on November 12th. Enjoy the raw, hard-hitting power of their new rock anthem courtesy of The Obelisk website!

« Floored Faces have effectively found a balance between pop efficiency and heavier breadth. Shit, if you can write songs like this, I can’t think of a reason why you shouldn’t.  » — JJ Koczan, The Obelisk

FLOORED FACES are the latest to emerge from Seattle’s heavy rock scene, drawing influence from Northwest greats like the Melvins, Tad and the Sonics. In early-2020, with the world on hold, the trio had time to reflect on their first three years of explosive throughput, and ponder what it is that fuels the band’s creative spark and drive to produce: life-changing experiences, finding resilience in the face of adversity and hardship, serve as a major influence in their productivity and desire to feed their passions, knowing first-hand that life is short and can change when you least expect it. The band has indeed found unbelievable influence from collectively enduring the hardship of nearly losing one of its members to a heart condition, a partner to gun violence, and coming to terms with the reality of managing the mental health of loved ones.

Listen to new single « Shoot the Ground » via The Obelisk

Their new album ‘Kool Hangs’ explores the absurd yet tangible fantasy of an apocalyptic world where the only personal belongings that remain are a motocross bike, a cassette copy of Monster Magnet’s ‘Dopes to Infinity’, and a shotgun. ‘Kool Hangs’ is pure fantasy staring down the band’s collective, real-life trauma. It’s genuine, sincere and has no pretense, a Holy Diver meets Bleach mind-melter of an album that the band cannot wait for the world to hear. The album’s debut single « Shoot the Ground » begins this fantasy journey as the main character scavenges for food and other people; strapped with a shotgun he vents his frustration of hours, days and weeks of loneliness. Add the track to your digital playlists via this link. 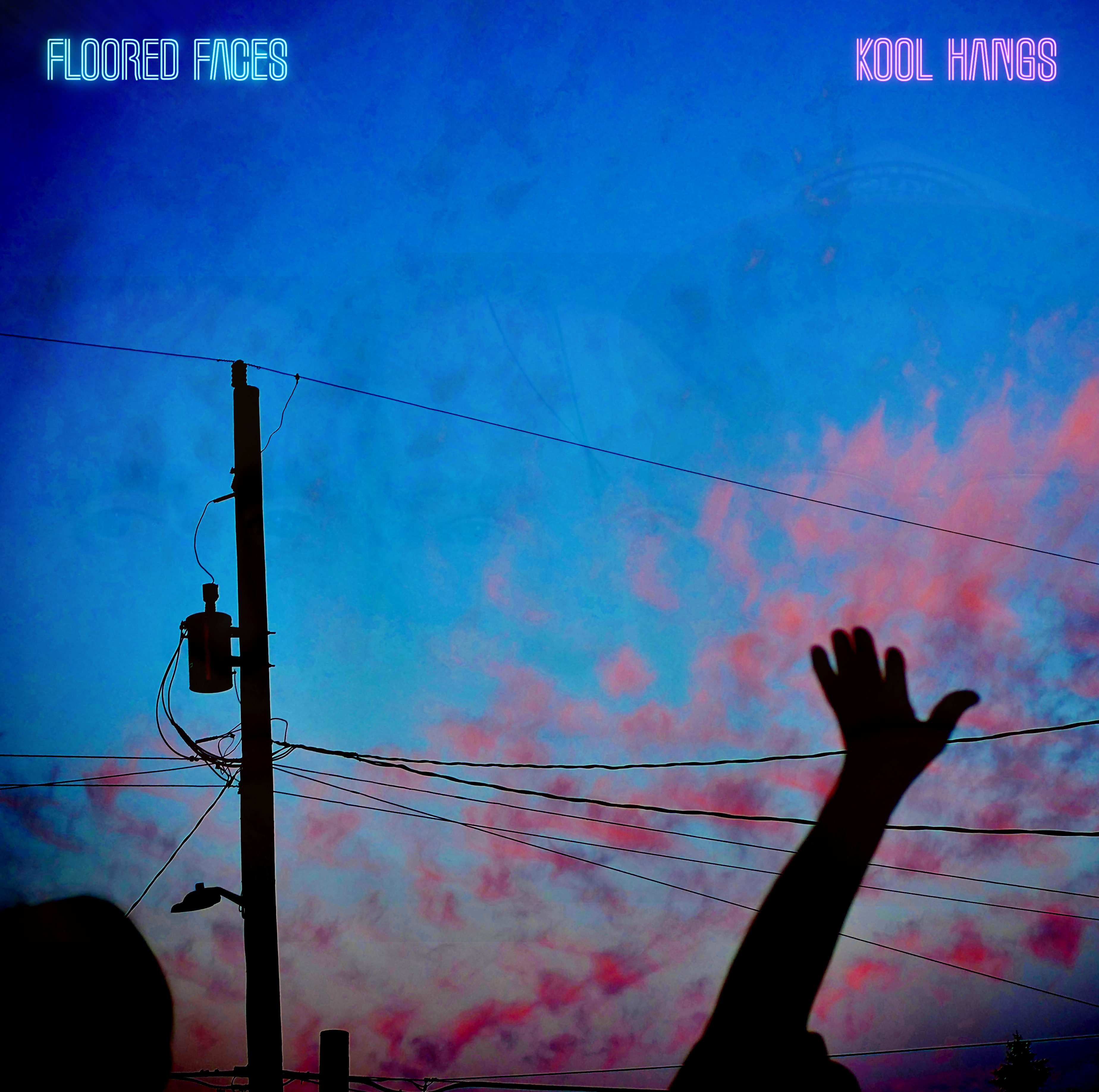 Initially a passion project of Joe Syverson’s (guitar, vocals), releasing the 5 Bite EP in early 2018, the addition of bassist Erik Cargil and drummer Colin English in August of that year confirmed instantly an undeniable chemistry, resulting in an explosive new sound based on kosmische driving rhythms, Sabbath tones, and rowdy psychedelic garage punk.

Within weeks of the trio defining their new sound, FLOORED FACES were off and running, recording their first songs, released as the ‘101 EP’, at Hall of Justice studios. With the EP getting airplay on KEXP, Floored Faces set off to quickly earn a following, sharing stages with legendary bands Cherubs, Dead Meadow and other heavy psych bands from in and around the Pacific Northwest. Six months later, they found themselves back in the studio recording the ‘Alright All Night EP’ (2019) adding spaced-out synths to their fuzz-motorik sound. With this new EP getting plays on KEXP, KXLU in Los Angeles and KALX in the Bay Areas, the trio was already back in the studio by the end of 2019, wrapping up their debut full-length ‘Escapism Prism’ (2020) just as Seattle and the rest of the world went into COVID-19 lockdown. After over a year of self-reflection and relentless writing, FLOORED FACES are now ready to present their sophomore album ‘Kool Hangs’, which will see a CD, LP and digital release on November 12th, 2021.