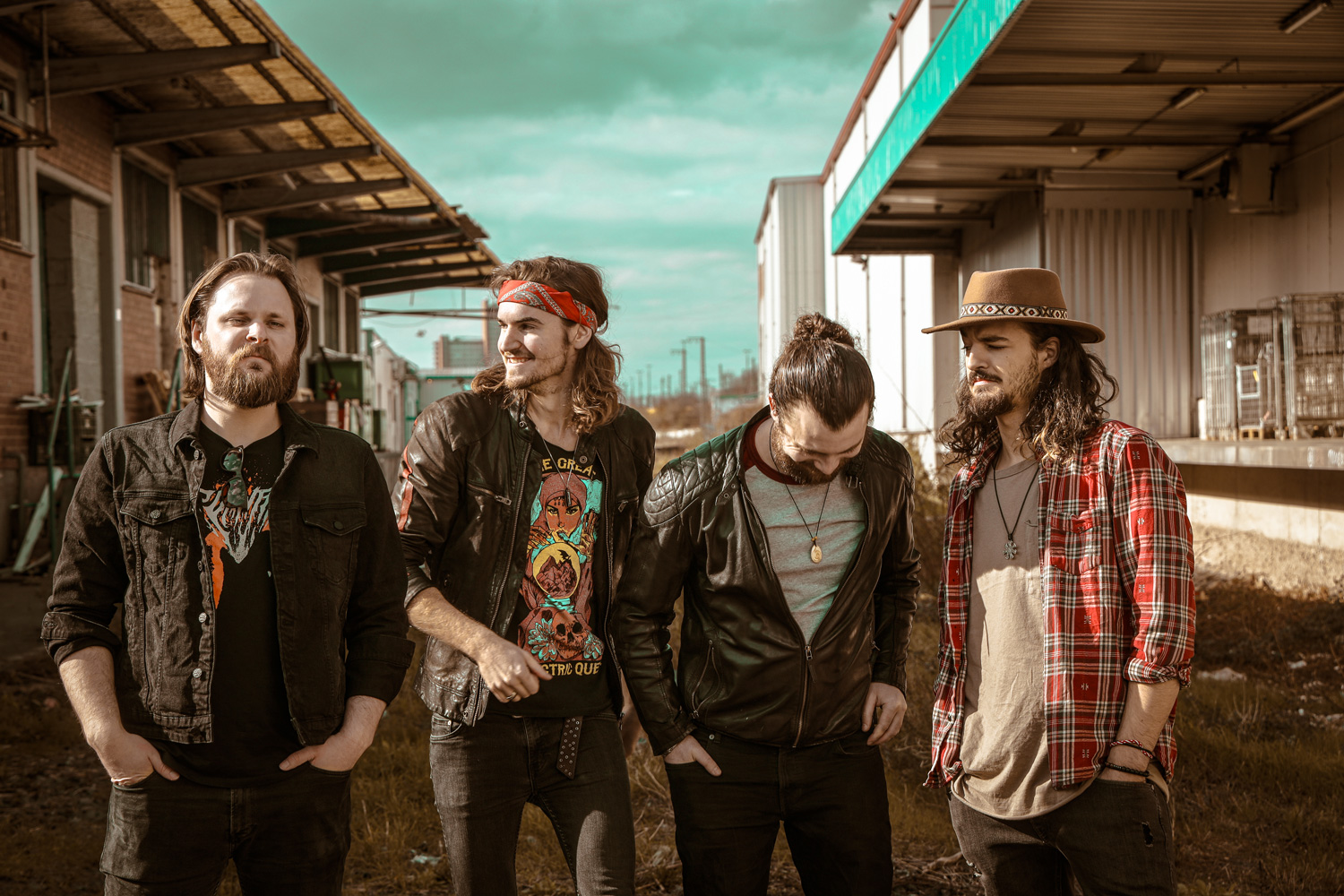 Cologne’s rip-roaring earth rockers PLAINRIDE deliver some epicness with their fire-driven new video for « Shepherd », taken from their forthcoming full-length to be released on Ripple Music later this year. The band also announced four German live shows to take place in December 2021.

Earth rockin’ drums, a beard growth inducing bass, fuzzomental guitars, the roar of a wolfman and a whole lotta beer: these are the elements that make PLAINRIDE‘s muscular brand of rock’n’roll so addictive. On their new single « Shepherd », the band — recently joined by guitarist Bob Vogston to go more rifftastic than ever before — takes a leap forward by using mellower-than-usual vocals as well as Greek baglamas, while channeling the sinister trippiness of Monster Magnet and the adolescent fury of early Clutch work.

From the diligent worker who just got awarded his brand new Ford Model T, symbolizing the Keynesian promise of prosperity for all, to the archetypal wise old beggar man who has seen greater truths and now roams the earth, imploring people not to peddle their offspring to the “many-toothed king”, PLAINRIDE serve an acid critique of modern era capitalism, wrapped in their trademark sense of humour and a great video direction.

« ‘Shepherd’ is our first release featuring Bob Vogston, who joined us in 2019 on guitar. Bob’s arrival also marks a major turning point in our production process, as he’s not only an insanely skilled musician, but a gifted producer as well. This has allowed us to start producing our music ourselves on a level that we feel comfortable releasing to the wider public, virtually rendering us independent in all production aspects except for drum recordings, which were done at our friend Jordi Büchel’s studio in Königswinter, right around the corner from where Bob has his place. All the other tracks were recorded at our respective home studios and later forged into their final form by Bob’s magical production hammer. » the band comments.

About the video shooting, frontman Max Rebel adds : “When we set out to shoot the video, we knew it was going to be a DIY endeavor. 2020 hasn’t been an easy year, so we were operating on an even tighter budget than usual. We knew we had to shoot the entire video in one day, and that we needed a location where nobody would bother us and ask for a permit. Luckily, our rehearsal space, as many are in Germany, is located in an industrial area. We drew up a storyboard, trying to pick up on some of the themes of the song, like the encounter with the beggar and the idea of the capitalist being consumed by the fires he himself had set before. Shooting the video itself was a ton of fun although we just about froze our asses off. It was so cold, the camera’s batteries kept giving out. But judging by what we ended up with though, I’d definitely say it was worth it.”

Stream new single « Shepherd » on all streaming platforms and Bandcamp 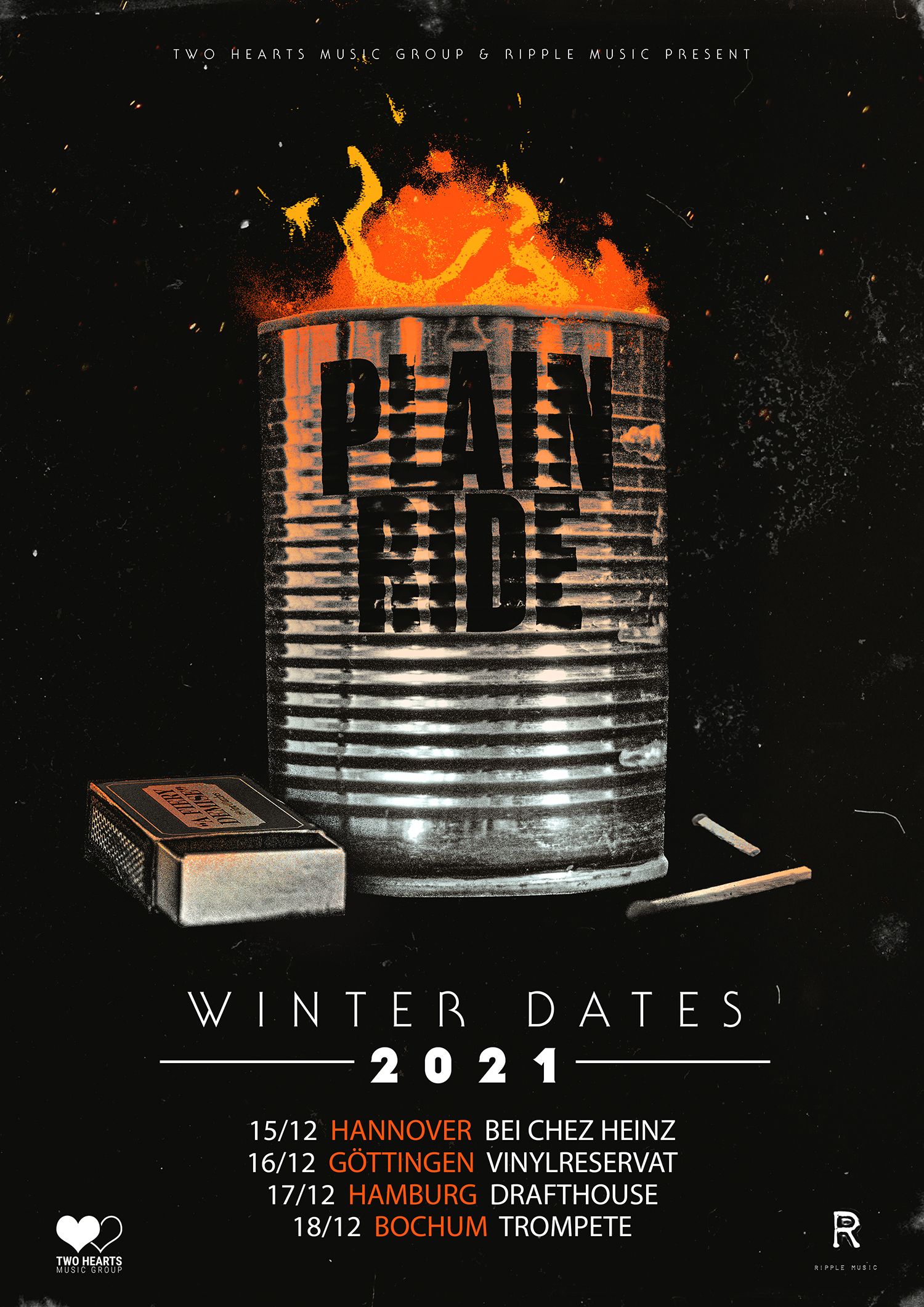 Uncounted shirts have fled their owners at the sound of Cologne‘s prime purveyors of heavy rock PLAINRIDE, who long ago freed themselves from the scourge of upper body raiments, are on a vendetta against dry sweat glands and the conformist regime set on keeping them that way. Their mission: liberation by the electric guitar. Having planted the seed of rebellion in the hearts and minds of audiences at Wacken Open Air 2018 and a Fu Manchu show that one time, PLAINRIDE have now gathered such dangerous momentum, they’ve become an outright threat to public safety. Lock your bathroom windows because these four heathens will stop at nothing to expose themselves to you.

The Colognians released their sophomore album ‘Life On Ares’ in the fall of 2018, an endeavor fueled by the ongoing and fruitful collaboration with Californian record label Ripple Music. “Without wanting to crank up the pathos all the way to 13, Ripple Music is probably the best label a band like us could wish for,” as singer Max Rebel puts it. “Working with commander-in-chief Todd and the other bands has been so great and cordial, it’s hard to describe (Jesus, I sound like an insurance salesman).”

Having gathered seven fellow Ripple bands from all over Europe for 2019’s inaugural Ripplefest Cologne, Plainride now have their sights set on more distant shores. After a chaotic and rather mind-numbing year 2020, the band returns to shake all souls, gearing up for the release of their third full-length in 2021 on Ripple Music. Get ready, mortals: PLAINRIDE are coming at you!