Washington, DC’s acclaimed indie prog purveyors FELLOWCRAFT announce the release of their third studio album « This Is Where You’ll Find Me » in February 2021, which will feature guest performances by Nate Bergman (Lionize) and Chris Dale (Bruce Dickinson Band). Stream enthralling and anthem-worthy first single « Coyote And The Desert Rose » exclusively on Riff Relevant!

Hailing from Washington DC, FELLOWCRAFT have made a name for themselves in the local rock scene since their formation in 2014. Founded by Jon Ryan MacDonald, the band has honed their sound and found its final incarnation around Brandon Williams (bass), Pablo Anton (lead guitar) and Zach Martin (drums). The sheer chemistry between the four musicians has resulted in a powerful and sincere songcraft that falls within the great tradition of American Rock. Standing out with their strongly inventive, progressive and modern and stadium-friendly anthems, FELLOWCRAFT have won the recognition of their peers through several awards and nominations, also performing alongside the likes of Phil Anselmo, Static-X, Amon Amarth, Deep Purple and Powerwolf.

Stream new single « Coyote And The Desert Rose » at this location

About this new track, FELLOWCRAFT comment: « Coyote And The Desert Rose is a dark, brooding, emotional song inspired by a migrants journey to a better life, while leaving behind everything they loved. The juxtaposition of hope, and hopelessness propel the narrative to a deathly conclusion. The song’s instrumentation parallels the story, being told in two strong, dynamic movements; the first hopeful and propelling, the latter sad, and depressive. »

FELLOWCRAFT are set to release their third album ‘This Is Where You’ll Find Me’ in February 2021, which will feature guest performances by Nate Bergman (Lionize) and Chris Dale (Bruce Dickinson Band). It was recorded at Ivakota Studio in Washington DC alongside Tonio Ruiz (QBO, Coda, Agora, Jet Jaguar), marking the band’s second collaboration with the Mexican rock producer. 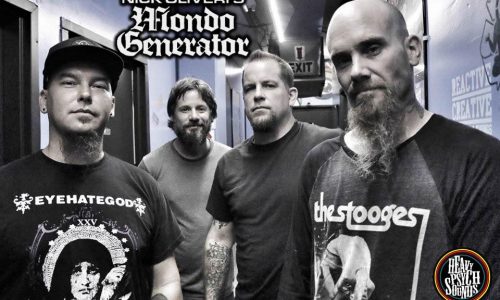