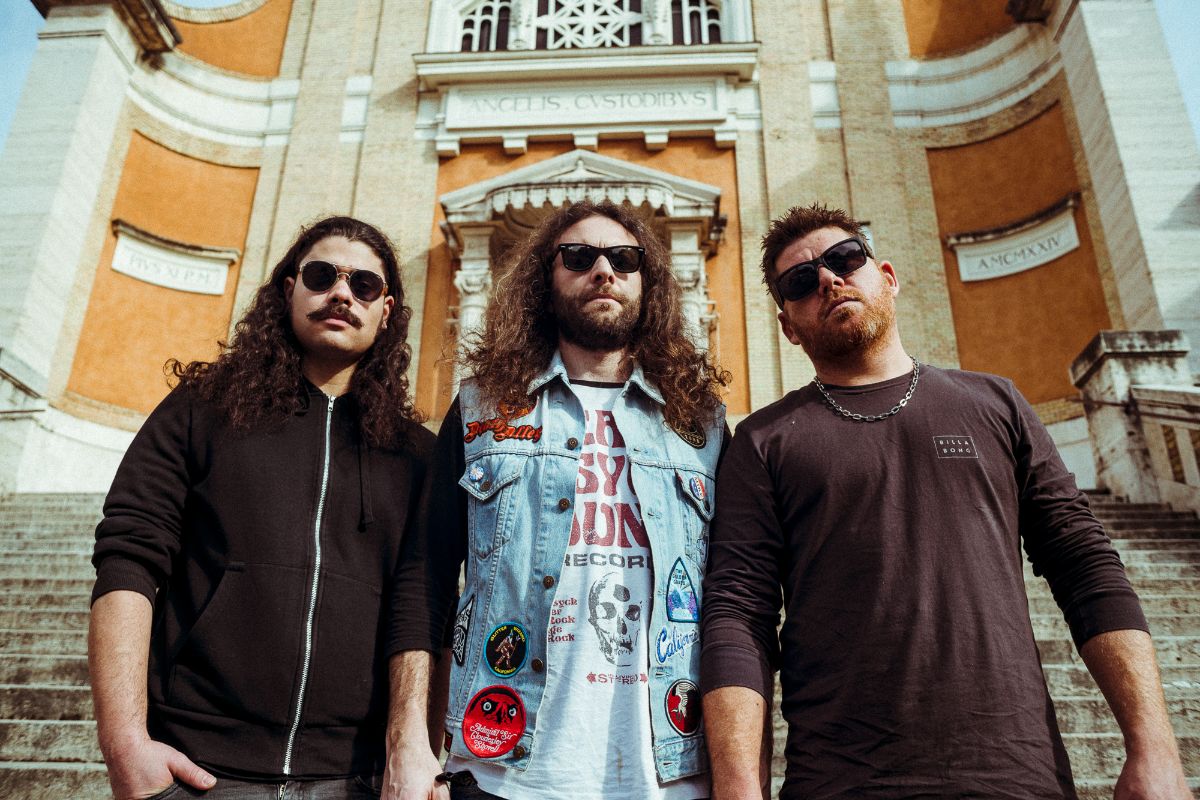 « Universal Phase is maybe the heaviest song from our new record. It’s heavy, doomy and wild. It kicks you in the teeth and punches you in the face. The video was shot in a wrecked industrial area surrounded by abandoned cars, and you can see us playing and driving a super 70 Ford Taunus. We even color-corrected the video to give it a more 70s feel. » says frontman Gabriele Fiori.

If you thought their 2018 LP ‘Pandemonium’ was the heaviest they could get, this eight full-length is about to turn your heads upside down for good. No matter how psychedelic the title reads: ‘Cosmic Ritual Supertrip’ is nothing but straight-up, action-packed heavy rock’n’roll dripping with groove and BLACK RAINBOWS‘ unrivaled expertise for bangers. One thing is for sure: the Italian have never sounded cooler. The artwork was designed by Robin Gnista. Check out their previous singles for « Radio 666 » and « Isolation« .