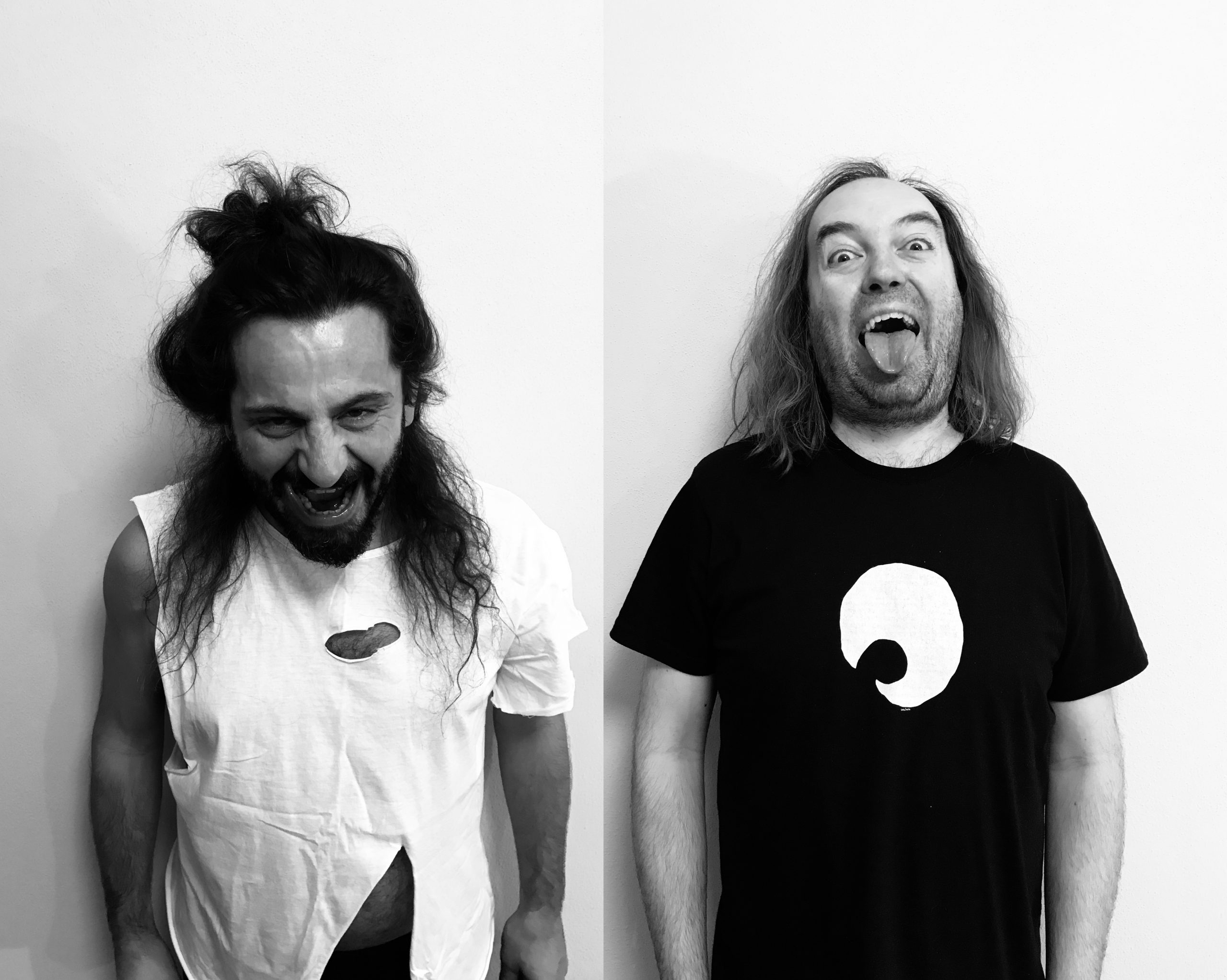 Bruzzelle-based self-described « lard rock » duo ZOLLE unleash their fanciful fourth studio album in its entirely exclusively on Outlaws Of The Sun and Doommabbestia websites. ‘Macello’ comes out on April 3rd via Subsound Records.

« Macello (Italian word for « slaughterhouse », but means also “mess” or “shindy”) is the crudest expression, in all senses, of the coexistence of end and beginning, death and life, absence and presence, tragedy and opportunity. A significant place, a time suspended, a powerful ritual, a real mess » comments the band. Enjoy Zolle’s fun and colorful latest video « S’offre« .

‘Macello’, the new record from Italian noise hard rockers ZOLLE, symbolizes the human condition of living in ambivalence, contradiction and paradox. ‘Macello’ was born in the rehearsal room between Stefano (drums and vocals) and Marcello (guitar and vocals), and distinguishes itself from albums conceived in function of a premeditated and probably written destiny. ‘Macello’ is meat, not plastic. In ‘Macello’ we find authenticity, with a real, direct and analogical performance on tape, with overdubs reduced to the bone, so that the listener can perceive himself in the dimension of Zolle’s concert, vibrating with energy.

In an appealing crazy way, ZOLLE drive their very own noise hard-rock into a « Torche meet AC/DC » corner. Their unique imagery perfectly matches their no limit motto that always comes with powerful drums and mad guitars. In this contemporary, complex and indefinite, spare plates affirm the essential, appearing as furrows of land of the plain from which they come. Being broken, turned, crushed, chopped. Scents and smells merge into a single mass of sound: ZOLLE.

Just like ‘Macello’, their upcoming album, the video « S’offre » is a nutty piece of loudness drawn and animated by Italian artists Berlikete and Marcello Lega. The song deals with dark topics, paradoxically depicted with tiny crazy childish characters in the video. The Italian duo will release their forth studio album ‘Macello’ on April 3rd via Subsound Records.