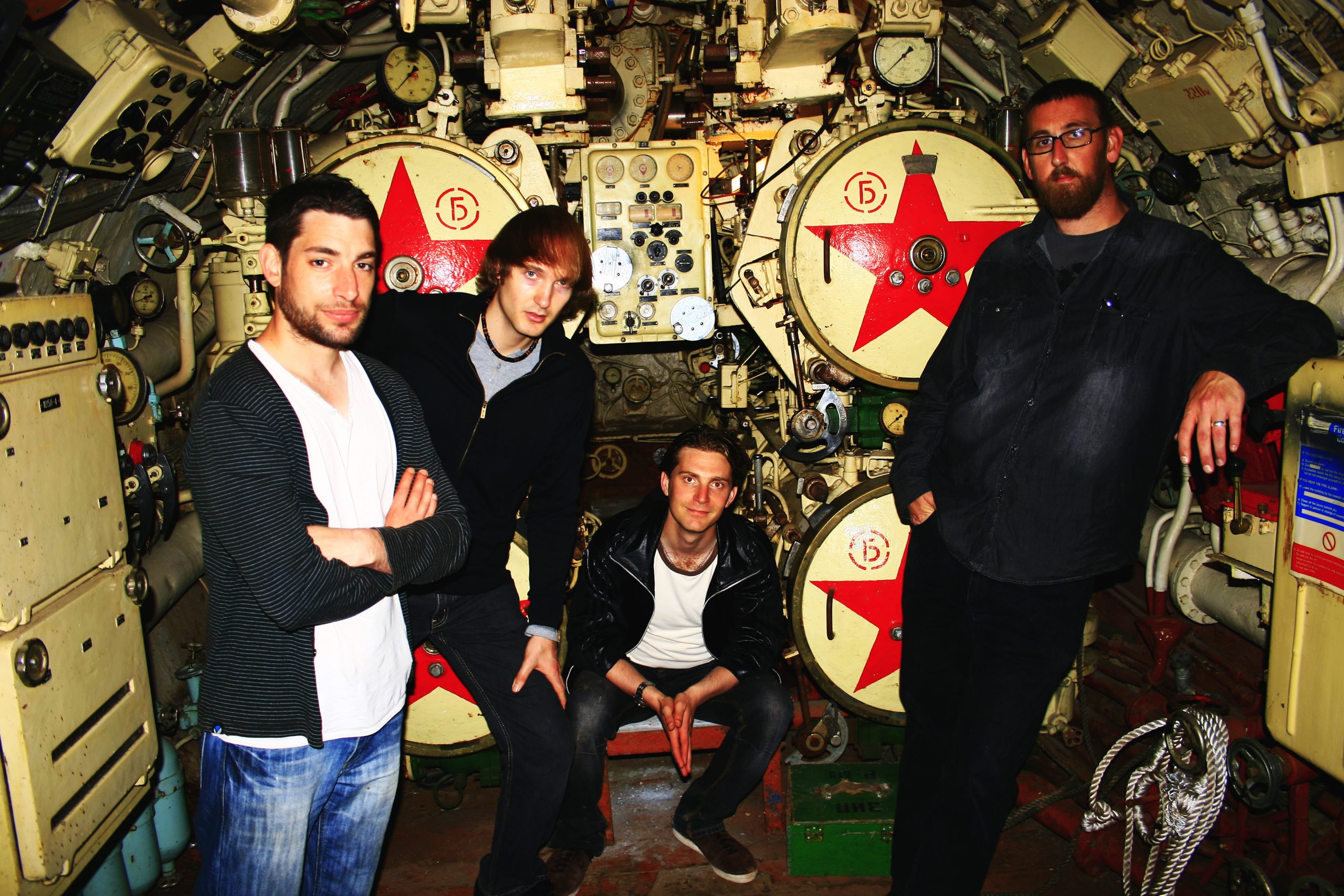 A storm is coming… The journey into instrumental progressive rockers SONS OF ALPHA CENTAURI‘s new album « Continuum » progresses; as the video for « Solar Storm » lands today.
« Solar Storm is the cumulative blend of fast, slow, heavy, progressive styles of SOAC all encapsulated within a five minute adrenaline shot. Working with Simon Risbridger on this video was awesome as he completely understands our visual aesthetic and secluded introspective approach. We wanted the video to represent the different segments and styles within the track as part of the journey – it has been highly stylised with multiple references and subliminal messages. Embark the journey and embrace the storm!’ states SOAC bassist Nick Hannon

The video starts a black and white fine art epic shot in and around the spiritual home of SOAC, Swale and the Isle of Sheppey and the story progresses into a cinematic visual feast of intergalactic travel through space and time. The introspective journey of ‘Solar Storm’ has been directed by long term collaborator ‘Simon Risbridger’ who worked with Sons of Alpha Centauri on visuals including live performances with A Storm of Light.
« Solar Storm » is the second single taken from the second SONS Of ALPHA CENTAURI’s album « Continuum ». The album has been received to critical acclaim and is available from H42 Records in Europe and Cobraside Distribution in the United States and Canada.

« A superb storyline that ventures into the vast reaches of Space. Continuum has the potential
to be one of the best Instrumental Rock/Metal albums released this year. » Outlaws Of The Sun »Sons of Alpha Centauri are an instrumental band with a voice all of their own. » Echoes&Dust »Continuum is awash with soaring melodies and a deep underpinning of
the darker side of light. » Frontview Magazine
« An awaited moment of declaration of who they are and who they can be
in aesthetic and performance terms. » The Obelisk

Blending maritime and space themes the album drives eight tracks through an introspective journey curated by instrumental cultists SONS Of ALPHA CENTAURI. The hypnotic and trance like futuristic Vangelis esque soundtrack is a record that will find place with purists and protagonists alike. Watch the video for new single « Io » here.
Produced and mixed by Aaron Harris of ISIS/Palms and mastered by John McBain of Monster Magnet/Wellwater Conspiracy, the album explores the deeper and darker side of the band into ambient electronic post-metal and progressive alternative rock. An interview with SONS Of ALPHA CENTAURI discussing the making of their new album and working with Aaron Harris can viewed here.
SOAC IS
Marlon King – Guitars
Nick Hannon – Bass
Stevie B. – Drums
Blake – Textures
SOAC LINKS
Facebook⎜Twitter⎜Bandcamp⎜Website