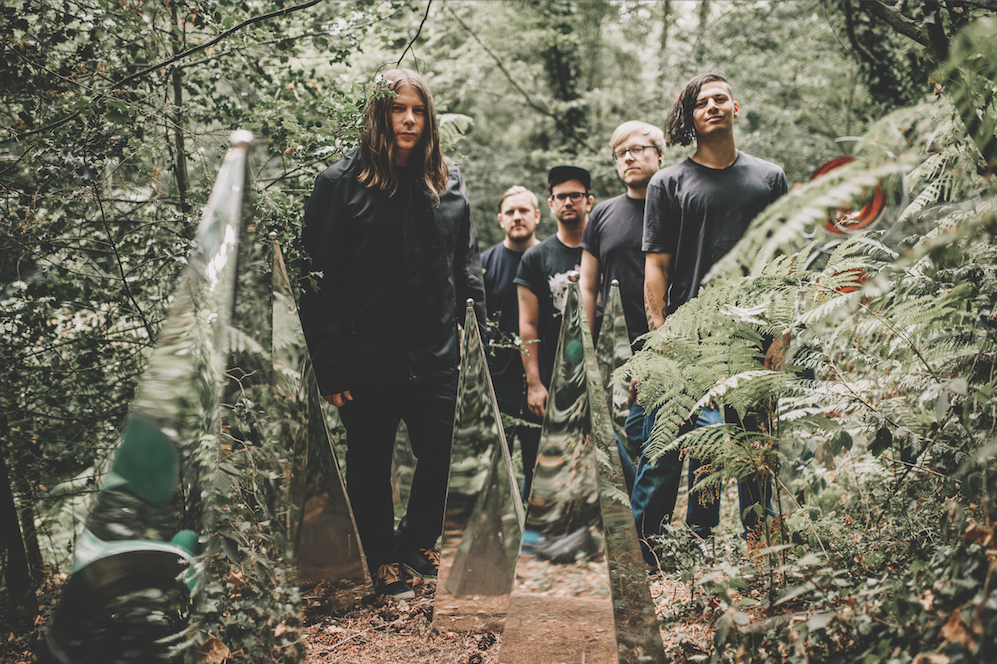 The band comments: « We are incredibly excited for the upcoming October/November tour of the UK. As we have finished recording our album and have been hitting the rehearsal room hard we are ready to play our fresh material in front of you. The itch is about to be scratched and our new guitarist Stuart has brought a fresh dynamic to all we do – We know our fans are going to love it. On top of this we have invited Boss Keloid to join us on every date and this will be the first time they have toured their latest album, ‘Melted on the Inch’ since it’s release earlier this year. Join us. » 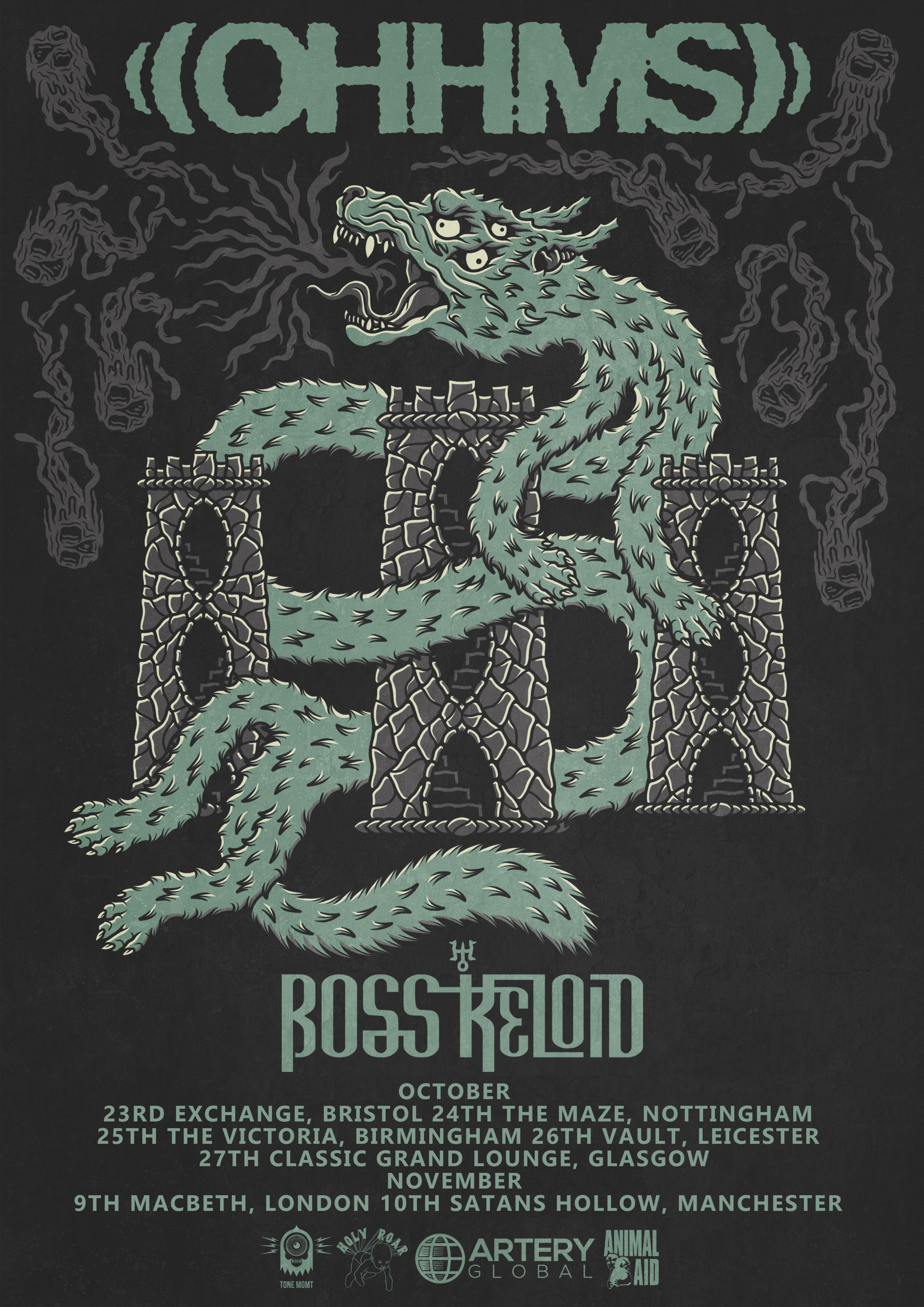 Armed with the thickest riffs and fieriest will, OHHMS formed in 2014 in Kent, UK. It didn’t take long for the five-piece to come up with two stellar EPs « Bloom » (2014) and « Cold » (2015), both released on London-based extreme music powerhouse Holy Roar Records. Clocking in at over thirty minutes, each EP unfolds with two monolithic, angst-ridden tracks, blending the downtuned approach of doom metal with more progressive, eerier landscapes. On top of this distinctive approach in songwriting, vocalist Paul Waller maintains maximum adrenaline levels by alternating sumptuously deep gravelly singing, his warrior bellows and roar-is-war call to arms.
As fearless explorers of the heavy music scope, OHHMS quickly built a strong reputation among the UK’s underground scene, which led them to play major events such as Desertfest, ArcTanGent, Bloodstock, Damnation, Incubate and many others. Three years after their thunderous beginnings, the band returned in March 2017 with their debut full-length « The Fool » on Holy Roar Records. Widely acclaimed by critics, it was praised as « the real deal » (Metal Hammer), « a ultra-heavy, emotionally-charged debut album » (Kerrang) and « a convincingly heavy magnum opus » (The Quietus), while quickly elevating the UK five piece to a whole new level.
True to themselves, OHHMS continue their boundary-free ascension to even more transcending sonic peaks, while making a point at raising awareness about animal rights and social matters with a unique, cathartic approach.
OHHMS LINKS
Facebook⎜Twitter⎜Bandcamp
Holy Roar Records