Paris-based doom and sludge metallers CERBÈRE announce the release of their sledgehammer debut full-length « Cendre » this January 27th on French label Chien Noir, and present its vile and filthy 10-minute video exclusively on The Sleeping Shaman!

About the debut single « Cendre », the band comments: « The eponymous track of Cerbère’s debut album evokes the torments of a youth spent in hate and boredom. From the footage filmed with a dying camera, the maze of sequences shot in the dreary suburban daily life soaks with cryptic shots of an occult Paris haunted by ancient and demonic creatures. These blasphemous images unfold with the appearance of visions and answer the nightmare of reality, where only the ash (« cendre » in French) remains.«

Succumb to the crushing power of Cerbère’s « Cendre » video

CERBÈRE‘s debut album “Cendre” mercilessly falls within the doom and sludge landscape while incorporating elements that come in the counterpoint of the genre dynamics, interweaving riffs punctuated with subtle breaks, losing the listener in a maze. Noise metal, black metal, and drone metal influences can be heard in Baptiste P.’s guitar arrangements and cavernous screams. Cerbère’s music is ruled by a sharp contrast between visceral urgency and telluric trance through the prism of darkness. Lyrically, the album explores themes that illustrate such a contrast: the torments of a youth lived in boredom, hatred, frustration and rejection (“Cendre”), boundary-free escapism from everyday life, as well as introspection with epic closing track “Les Tours De Set” inspired by the Conan The Barbarian saga. 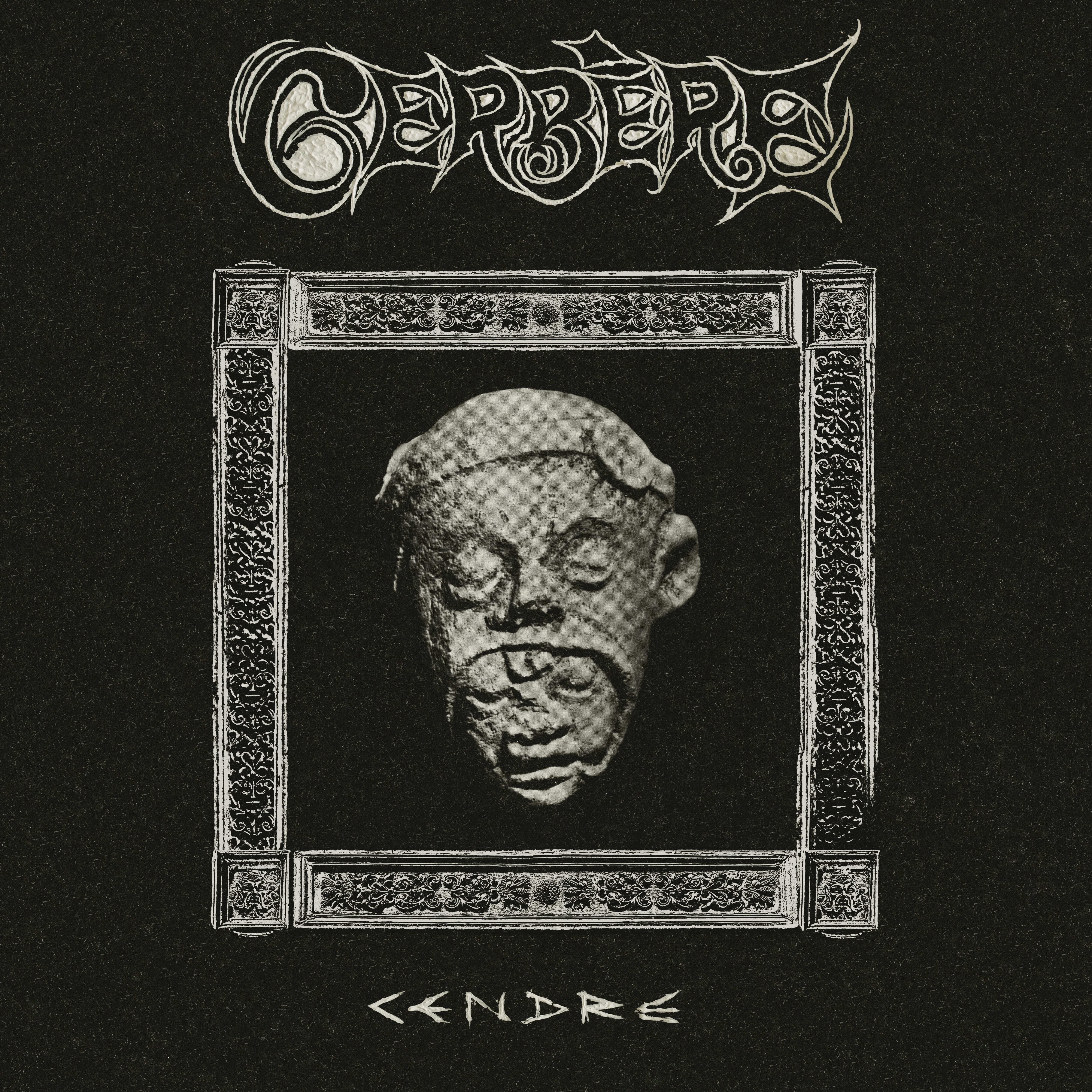 CERBÈRE is a Paris-based trio formed by Baptiste P. (ex-Lord Humungus), Baptiste Reig (DST, Aven, ex-Frank Sabbath) and Thom Dezelus, resulting in a telluric sonic combination of fuzzed-out droning riffs, black metal growls and earth-shattering rhythms. The mythological three-headed dog speaks many languages and roams around the deepest part of the Underworld through slow-burning songs fragmented by labyrinthine riffs. CERBÈRE’s darkness draws its evil energy from a fantasized, fantastic past populated with strange creatures but also very close to contemporary reality, along the gutters, in the sweat of moldy cellars or the ash stuck at the bottom of an empty beer can. The music coming from these three thinking heads is dense and brutal, and when it clutches the brain to settle and lay its psychedelic eggs, they only want their sludge/doom virus to spread as far as possible. After the release of their self-titled EP in 2021, CERBÈRE hit tenfold harder with their debut full-length “Cendre”, to be issued in January 2023 on independent Paris-based label Chien Noir.

“Cendre” was recorded and mixed at Ventre de la Baleine studio by Pablo Saguez over two days in January 2022, and mastered by experimental music artist and producer Paulie Jan at Agit Prop Studio. Artwork was created by Thom Deuze.