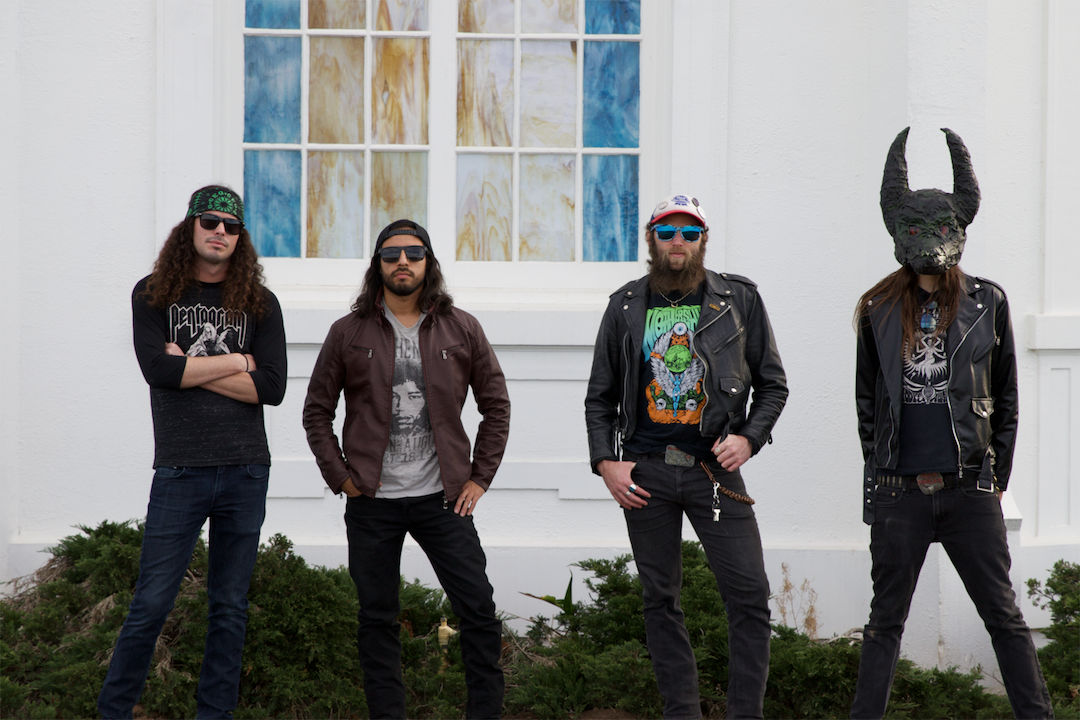 The mighty rock’n’roll crusaders have returned! After touring extensively in North America and Europe, San Diego’s one and only GREAT ELECTRIC QUEST return with their blazing hot « Live From Freak Valley » album this March 27th on Ripple Music. Listen to a first excerpt now!

“The Great Electric Quest are the sort of band you can’t help but to fall in love with.” Metal Injection

With « Live At Freak Valley », GREAT ELECTRIC QUEST are about to establish their mighty reign over the heavy rock underground for good. If headbanging to their first two albums « Chapter I » and « Chapter II » wasn’t enough, you are about to experience the exhilarating force of their live shows through this absolutely must-have live record. Clocking in at one full hour, the band delivers with maestria those epic vocals, high-flying solos, proto-metal grooves and jam-laden turnarounds they are known for: electricity instantly fills the air while the crowd jubilates… You’ve just been thunderstruck by the sheer awesomeness of Rock’n’Roll’s saviours GREAT ELECTRIC QUEST.

Guitarist Buddy Donner comments: « Ahhhhhhhh yeah! Freak Valley Festival 2019 was the absolute highlight of our three-month « Beer Wars Tour ». Journeying from the west coast of North America to Canada and all over Europe, nothing topped the vibe at Freak Valley Festival in Netphen, Germany. A sold-out gathering of 2500 people, but it felt like everyone knew each other. One massive Rock’n’Roll Family. It was an honor to share the stage with Corrosion of Conformity, Wolfmother, Brant Bjork, Dead Lord, DeWolff and so many more. We are quite excited to release a live version of our performance at this event, and most honored to be releasing this with the mighty Ripple Music! It’s been a long time coming!«