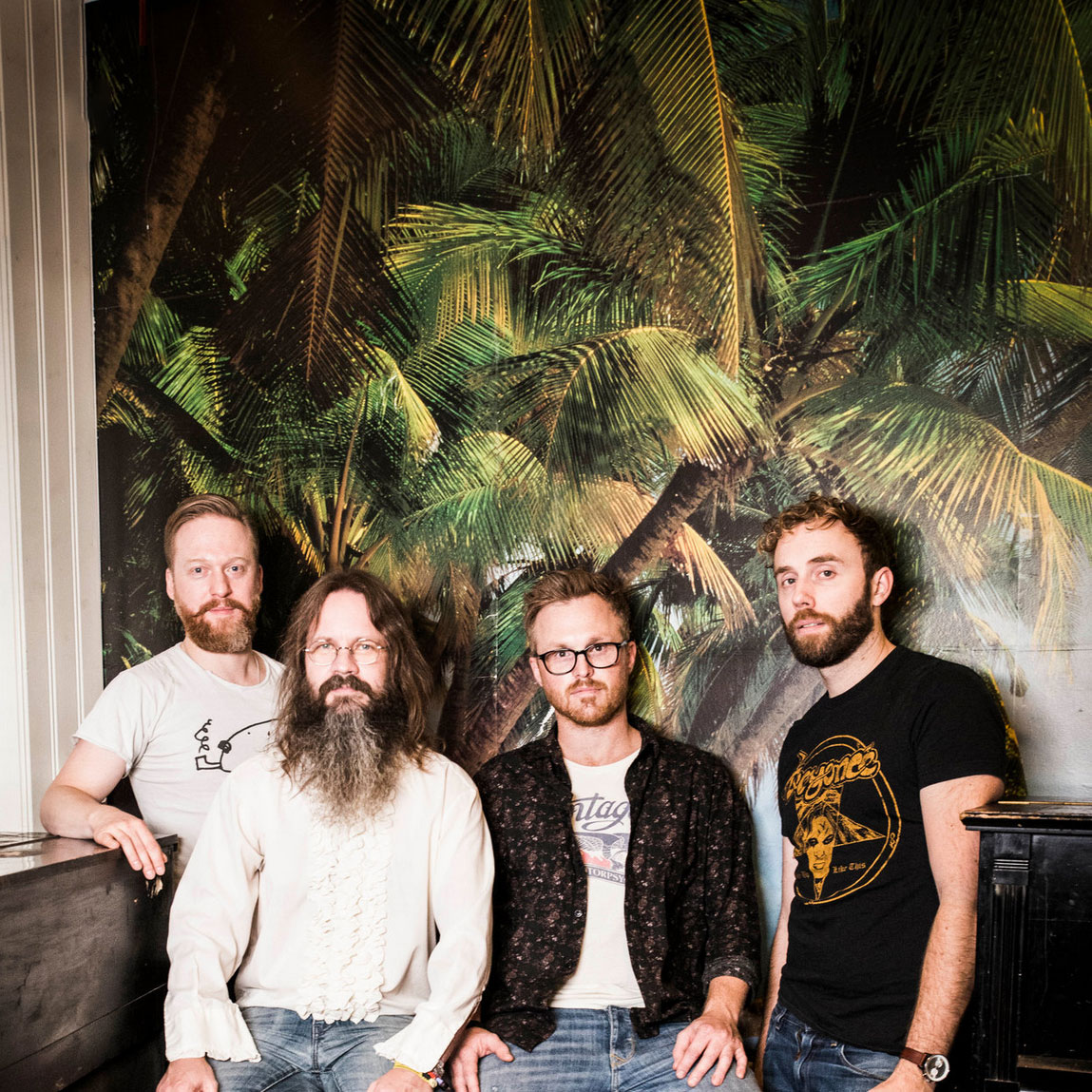 Sweden’s stoner rock masters LOWRIDER unveil the first ever video taken from their widely-acclaimed new album « Refractions », released in the winter of 2020 through Blues Funeral Recordings. This collaborative video sees Lowrider fans rocking out on anthemic track « Red River » —  agreat way of wrapping up the year and thanking the scene and fans for the endless praise « Refractions » has received, as it hit #1 on numerous international year-end lists. Watch « Red River » now on The Obelisk!

« Let’s face it, it’s been a weird, long, hard year for everyone. When we were gearing up to put out Refractions after working on it pretty much for 7 years straight, everything was still normal. We were so excited to share the album with everyone, but dreams of festivals and gigs changed pretty much instantly by the time it was released. But, in a year that in many ways has kept us isolated from each other, we’ve really gotten closer than ever to everyone who listens, thanks to social media and the wonderful scene we get to be part of. The feedback on Refractions and the personal messages we’ve gotten over the year have meant everything. And, with recent year-end lists lifting Refractions up high, often to the highest spot, we wanted to say thank you to everyone, and give something back that shows just how special this scene is », comments LOWRIDER.

« We asked fans to contribute their own videos for Red River earlier in 2020, and the clips poured in. We finally had the chance to compile them all and finish the video, so here it is at last, the music video for Red River, created in collaboration with fans and friends around the world in lockdown. It’s sort of a visualization of the undeniable fact that this band would not be here, and this record would not exist, if it wasn’t for all of you. So, again, this is our thanks. We’ll forever be grateful, beyond words. Thank you thank you thank you. New music soon. Promise. We love you all.«

Twenty years after leaving their mark on the stoner rock world with their cornerstone debut album ‘Ode To Io’, LOWRIDER‘s2020 sophomore album ‘Refractions’ saw the Swedish foursome’s creative substance enhanced to the point they crafted yet another instant classic for the ages. ‘Refractions’ proves to be the epitome of modern stoner rock; an ambitious, high-class record filled with the biggest hooks and rumbling grooves you’d expect from the band, wrapped in a stunning performance from frontman Peder Bergstrand on vocals.

All throughout 2020, « Refractions » has garnered high praise from international critics, being awarded « Best Album of 2020 » on Magnet Magazine, Metal Hammer’s staff lists, The Obelisk, the undisputed and highly regarded Doom Charts, as well as being featured in numerous end-of-year lists such as on Metal Injection, Rock & Folk Magazine, New Noise, Invisible Oranges or Guitar Part Magazine. 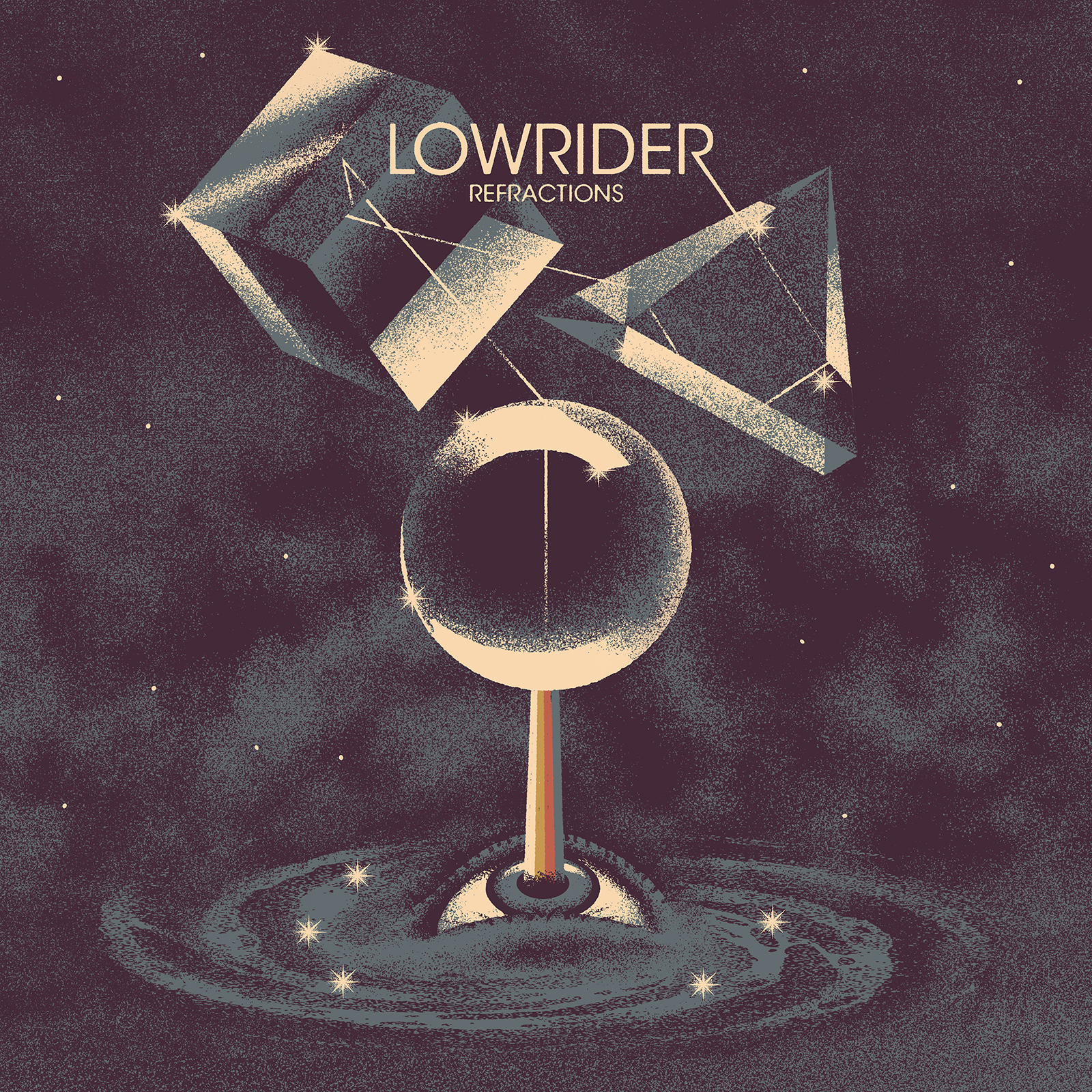 “42 minutes of irrefutable proof that Lowrider are still chasing
the buzz with utmost distinction.” — Blabbermouth

“Then and now, it is an elite class to which Lowrider‘s work belongs.” — The Obelisk

« It’s as if their take on stoner rock has advanced and they have
uncovered a new side of the genre. » — Metal Injection

“Complete beauty wrapped up in 6 songs.” — The Sludgelord  As the preeminent band out of the gate in the late 90s post-Kyuss wake, LOWRIDER‘s debut EP and seminal album ‘Ode to Io’ were foundational slabs at the dawn of stoner rock.  The swinging metal offshoot grew quickly into a worldwide phenomenon, with Lowrider established as one of its undeniable trailblazers. Following those early releases with a handful of compilation and soundtrack appearances and a period of relative inactivity, the band re-emerged at DesertFest Berlin in 2013. They’ve since blown minds at Hellfest, Keep it Low, DesertFest London and Belgium, Stoned from the Underground and Up in Smoke, and issued expanded remastered versions of their original records.  All that was left was to give the world something new.

Their long-awaited sophomore album ‘Refractions’ explodes with all the churning fuzz and expansive riff-heaviness for which the band are beloved, shot through with re-energized purpose and maturity. The grooves swing, the bottom end rumbles, and the melodies growl and soar, delivering at last on LOWRIDER‘s longing-to-be-fulfilled promise. ‘Refractions’ will be released on digital, CD and LP from Blues Funeral Recordings on February 21st. To celebrate the release of this new landmark record, LOWRIDER will perform at both Desertfest London and Berlin this May.