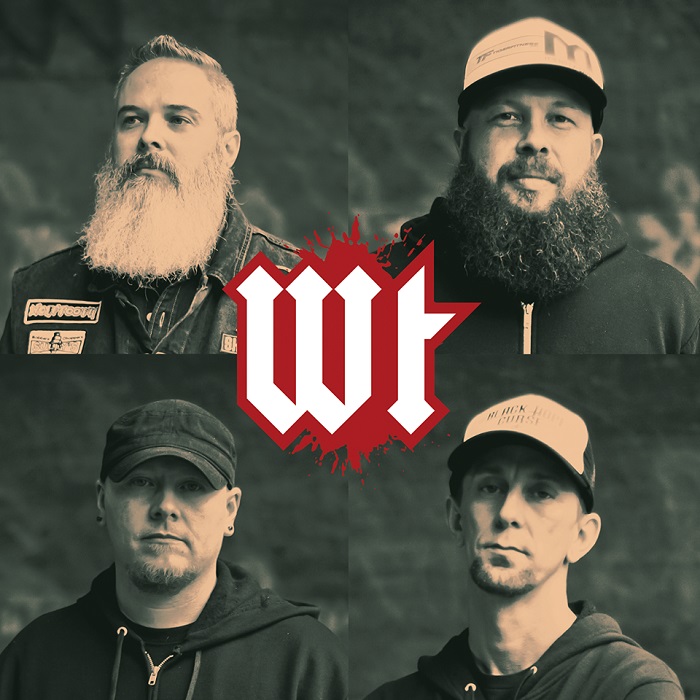 Midwest-based riff firestorm WOLFTOOTH unveil their awaited and already anthemic new album ‘Valhalla’ in full courtesy of Invisible Oranges today, ahead of its official release this May 22nd on Ripple Music.

“A profoundly satisfying and subtly imaginative record.” Blabbermouth
“The memorable songwriting makes their sweet spot even sweeter.” Indy Metal Vault
“If you’re up for 50 minutes of top quality old-school metal you should start here.” The Sleeping Shaman

With a huge, looming sound reminiscent of classic, genre-defining bands of the 70s, there is no mistaking about WOLFTOOTH intentions: they intend to hit hard with this leather-smelling, riff-slaying 10-track that won’t disappoint fans of chunky riffs and stadium-friendly anthems in the purest heavy metal tradition, with an undeniably modern production and epic storytelling à la The Sword or Grand Magus.

With their sophomore album Valhalla, WOLFTOOTH have truly upped the ante, adding more layers and variations in the songwriting and overall musical execution. The production has improved substantially and each track captures the feel and vibe from the recording session. ‘Valhalla’ is everything you would come to expect from a follow-up album to their popular self-titled debut – and then some!
It will be released by Ripple Music (CD and digital), Cursed Tongue Records (vinyl) and from Ice Fall Records (cassette) on May 22nd.

WOLFTOOTH are planning on making it’s mark and shaking up the heavy metal underground once again with their upcoming sophomore album ‘Valhalla’ scheduled to be released by Cursed Tongue Records (vinyl), Ripple Music (CD and digital) and from Ice Fall Records (cassette) on May 22nd 2020. ‘Valhalla’ is a triumphant return for heavy metal unit WOLFTOOTH, expanding on their tried and tested formula while proudly drawing from NWOBHM, Bay Area thrash and old school doom. As if their highly melodic, chugging double-guitar weren’t enough, this amped up ten-tracker also conveys an irresistible sense of blues… One motto: headbanging.