With a third full-length that pushed its experimental side further than its predecessors, DDENT depict their own vision of reality as a life time-lapse. Entirely written and recorded by its founder Louis Lambert, ‘Couvre-sang’ is a striking instrumental essay that won’t leave the listener unmoved, while his noise, industrial, black and post-metal influences bring out a gloomy and elegant poetry. The artwork was designed by Swedish artist Rebecka Tollens.

Travel through the abyss of language with « Volemie«

Inspired by Henri Bergson’s work on language, ‘Couvre-sang’ conveys a poetic and philosophical perception of a musician’s role. DDENT offer a meditative post-metal gem that listeners can embrace in their own way. As for the previous records, melancholy weaves its way deeply into ‘Couvre-sang’: this time, the language and its learning involve being torn away from reality, leading to the urge to create. Art becomes the answer to recover an immediate and intact relation to reality.

Louis Lambert tells us more about the album: « Album title ‘Couvre-sang’ is a neologism describing all these concepts hiding the true nature of reality. Put together, the songs titles (calligraphied by Seb Sm Bousille and thought out by Guillaume Ossamot) are forming an eye, only relevant organ that has an unaltered relation with reality. The child (in latin « in fare », who doesn’t speak) is the only one whose relationship to reality remains intact. The language learning process will tear him away from it, reducing it to primary functions. The eyeless child on the artwork sums up this idea perfectly. ‘Couvre-sang’ is my most personal work to date, dealing with a topic that’s dear to me, something I’ve been working on for a long time. This album is a reflection that anyone can make their own, because for the very first time, it’s not carried by a main character. »

While ‘آكتئاب’ narrated the introspective journey of a poet, their sophomore album ‘TORO’ deals with the search of truth through creation. The titles all refer to Federico Garcia Lorca’s volume of poetry ‘Llanto’, and concept of duende – a creative force that possesses the artist and against which he is forced to battle to be able to make his art. It is safe to say that literature and philosophy have always been a centerpiece of DDENT’s music.

In 2019, DDENT perform at France’s biggest metal festival Hellfest, tantalizing both the audience and critics with their bewitching performance. As a result, Louis Lambert starts working on followup album ‘Couvre-sang’, writing and recording all eleven songs by himself. In a constantly renewed creative search, DDENT push the boundaries of post-metal songwriting by defining their very own genre. ‘Couvre-sang’ is due out on July 3rd via their label Chien Noir. 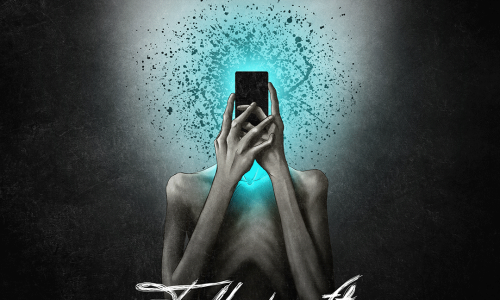