Following the biggest year to date, DESERTFEST LONDON returns for its eighth year. As the 2018 line-up encompassed some of the most legendary and diverse acts the festival has ever seen, with Napalm Death, Hawkwind and Monster Magnet, to name just a few – the bar has been raised and the stakes are even higher for the UK’s best stoner rock & … 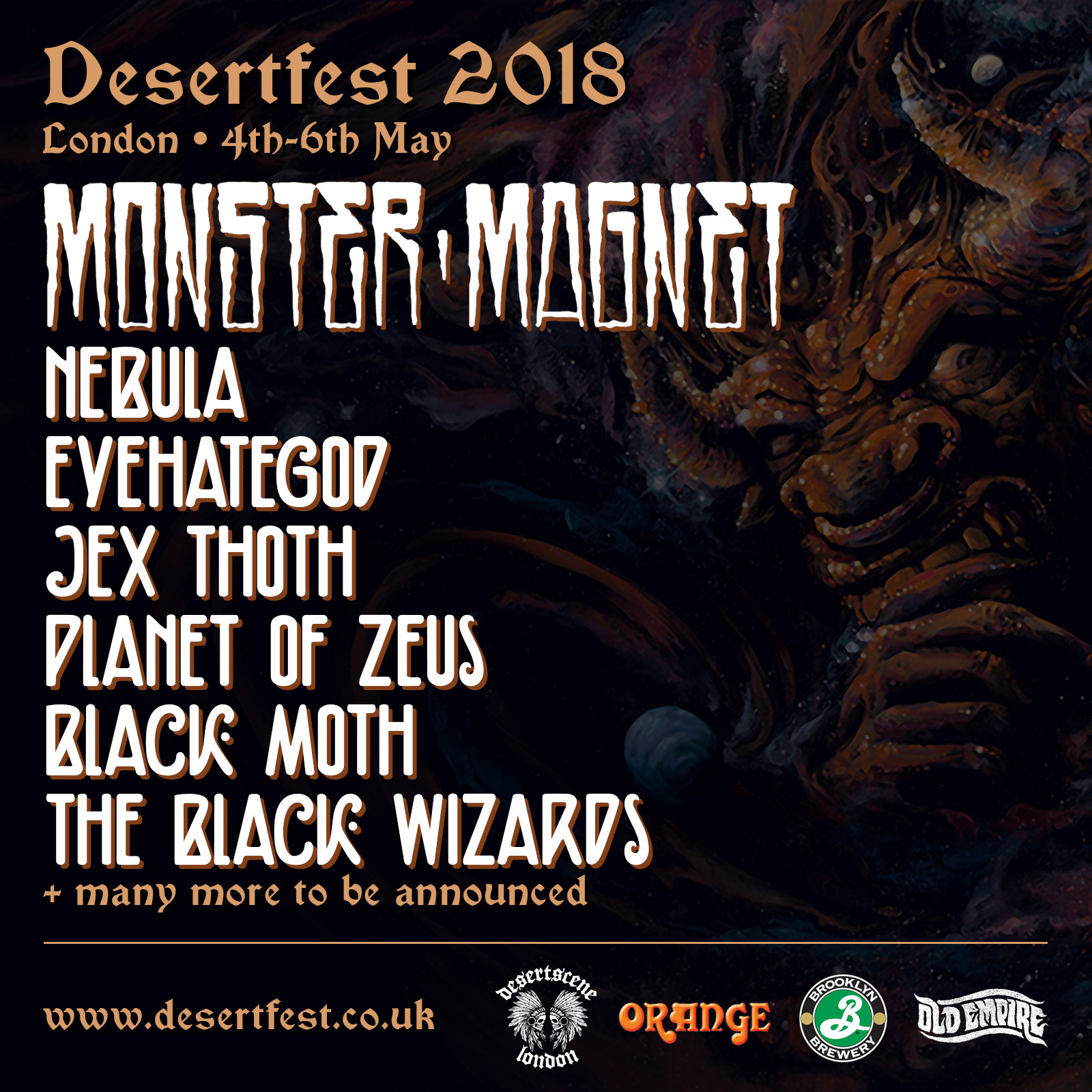 Enjoy an early Christmas treat from DESERTFEST LONDON, with their last announcement for this year and a dozen more bands to join the festival’s lineup on April 28-30th, 2017.  Conjurers of atmospheric black metal WOLVES IN THE THRONE ROOM are back on the warpath and headed straight for Camden! Doom pioneers SAINT VITUS make their Desertfest London debut, with founding vocalist …

Portugal’s groundbreaking heavy, psyche and indie festival REVERENCE VALADA just confirmed a new batch of bands to play the festival this September near Lisbon. Please welcome The Sisters of Mercy, The Brian Jonestown Massacre, The Raveonettes, Fat White Family, A Place To Bury Strangers, Mars Red Sky, The Japanese Girl, The Black Wizards, Steak and Earth Drive to this mouth-watering vintage of …