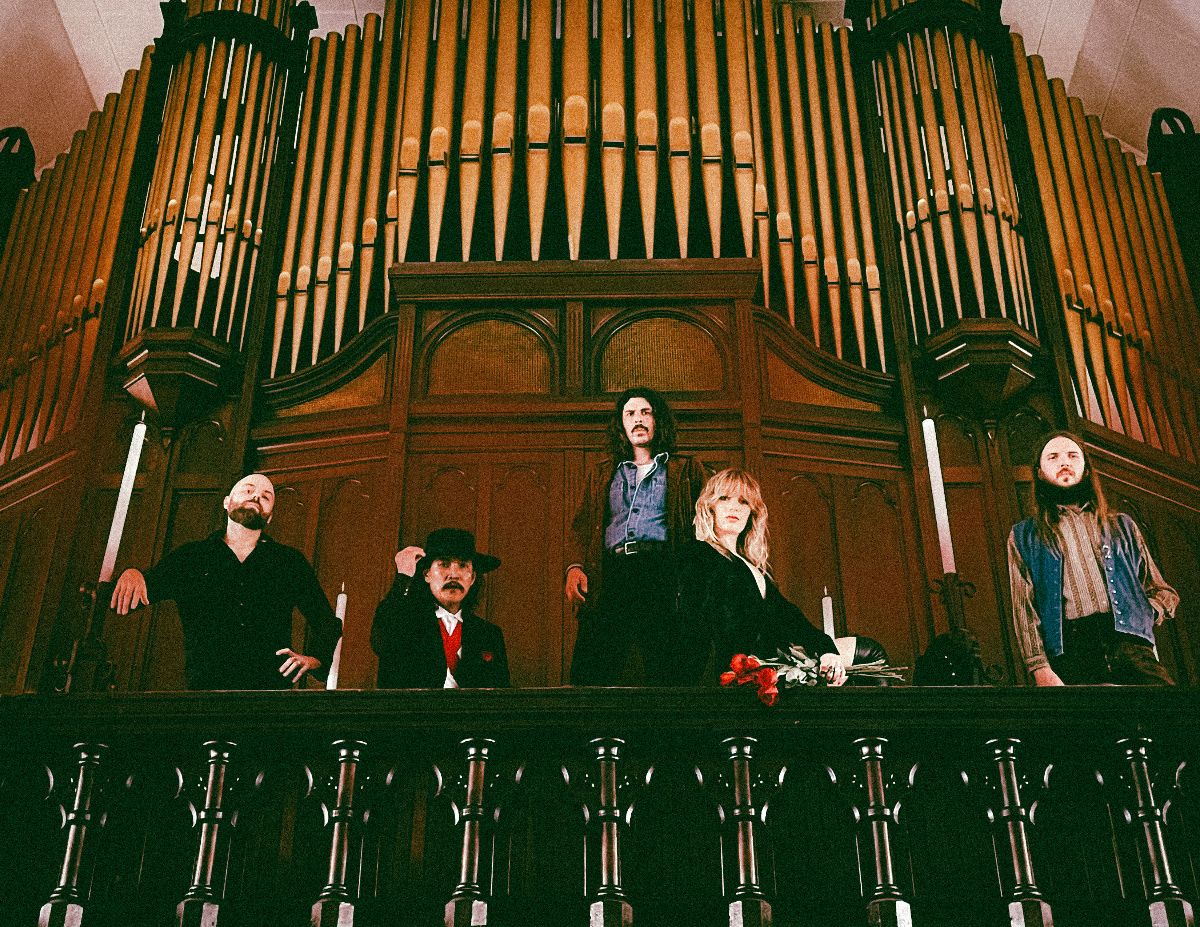 Listen to new album « Fear Is A Cruel Master » on Youtube

Another lyrical angle of « Fear Is a Cruel Master » is explored through the organ-drenched rocket ride that is ‘Thruster’. With music by drummer Owen Stewart, Taylor’s lyrics recognise that today’s worldly problems are nothing new in the grand scheme of things. « The chorus, ‘Oh no, I hear them coming, tearing our lives to the ground. Oh lord, they’ve got you running, but I don’t have time for that now' », Taylor says. « That’s trouble coming for us, but at this point, nearly everything has echoed through the ages. This is human nature. There is always something dogging us, and moral truth to consider, and we decide what we are going to do about it. »

Recorded at New Future in Jersey with Paul Ritchie from THE PARLOR MOB, « Fear Is a Cruel Master » wasn’t as meticulously mapped out as RUBY‘s previous albums. The band purposely left space for spontaneity and magic moments. « This time we left a lot of wiggle room », Scarps explains. « Most of the songs were fully fleshed out, but on a few we made changes in the studio at Paul’s request – he had some really fun ideas – and we tried to do things we normally would not. » As previously announced, « Fear Is a Cruel Master » includes proper studio versions of ‘Primitive Man’ and ‘1000 Years’ from the « Live at Earthquaker » EP that RUBY dropped back in April 2022. The snaky groove of ‘Primitive Man’ comes with a message to mansplainers everywhere. « It’s about the try-hards who think they know everything and want to tell you how to do it », Taylor says with a laugh. « It’s meant to disregard gender, but I of course wrote it from a female perspective. Everyone encounters that attitude, especially women in music.”

The indelible ‘Last Saga’ delights with Taylor and Stewart delivering a haunting duet over some of Scarps’ finest guitar work. Lyrically, the song recapitulates the theme of ‘Thruster’ under the romantic patina of a fantasy epic. « I love when we can lean into something in a timeless or medieval way, when you can travel lyrically to a thousand years ago », Taylor says. « But it’s also about the world right now; the cyclical nature of everything, even in moments that seem final. After singing ‘Last Saga’ with Owen, I felt like our voices were two ships in the night that could find each other despite any fog or storm. »