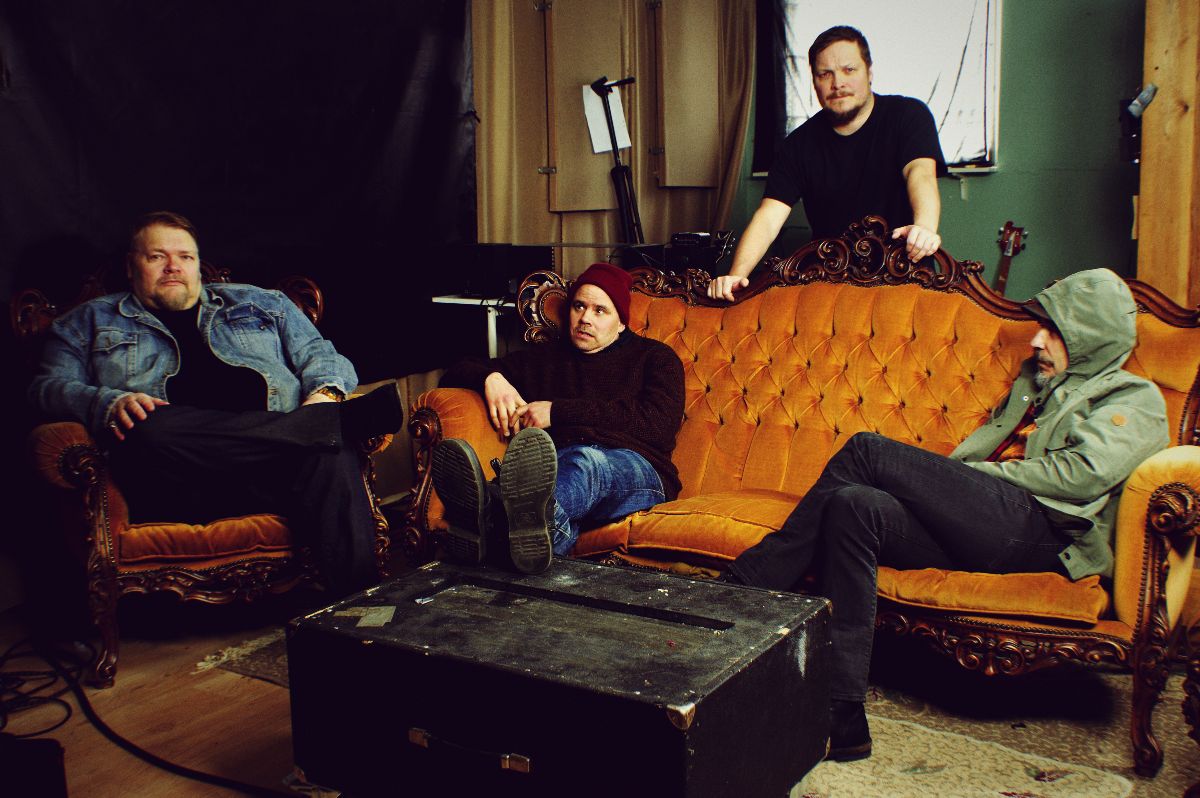 21 years after releasing their landmark album  ‘A Single Book of Songs By…’, Swedish stoner prog veterans MAMMOTH VOLUME return with their new album ‘The Cursed Who Perform The Larvagod Rites’ this August 19th, 2022 as part of Blues Funeral Recordings’ PostWax Vol. II series. Watch their new video for « A Lullaby of Doom » now via The Obelisk!

In the years between 1998 and 2002, MAMMOTH VOLUME released three albums that each made an increasingly massive impact on the growing worldwide heavy rock community. With a style that blended an affection for American desert rock but was just as deeply characterized by a passion for 70s prog, jazzy breaks and wistful passages, their quirky take on heavy rock offered an angular yet infectious alternative to the boogie van riffage advanced by so many of the genre’s purveyors.

Stronger and weirder than ever, the godfathers of stoner prog return with their comeback album of genre-bending heavy rock fusion. Ready to blindside the world with massive riffs, unexpected instrumentation, and angular yet irresistible hooks, MAMMOTH VOLUME‘s approach remains utterly unique, just as it was when this innovative foursome reigned over the early, wild west days of the online stoner rock landscape with a trio of albums that captured the imagination and affection of the entire scene. Prepare yourself for a welcome reemergence, as ‘The Cursed Who Perform The Larvagod Rites’ is guaranteed to stun and delight fans of every sub-niche in the riff-heavy underground!

Watch new video « A Lullaby of Doom » at this location

The band says: “The Cursed who Perform the Larvagod Rites is our first official release in over twenty years. A little bit of butterflies in the stomach, and a metallic taste in the mouth actually. How will our old fans react to our music in 2022? Well, we can promise them it is like nothing they could even imagine. It’s not metal, it’s not Nordic folk music, it’s not retro prog; but a bit of everything in between these styles. The Cursed who Perform the Larvagod Rites is a fictional (and sometimes not so fictional) journey through fire-ravaged wastelands, medieval castles, long abandoned ruins, post-apocalyptic cities and the modern city. So strap in, because you will be encountering demons, fortune tellers, literary figures, and of course the occasional cryptic gobbledygook lyrics for good measure. »

New album ‘The Cursed Who Perform The Larvagod Rites’ will be issued in various vinyl formats (limited translucent yellow and dark red), limited digipack CD and digital on August 19th, with preorder available now through Blues Funeral Recordings. Its artwork was designed by Johnny Dombrowski. 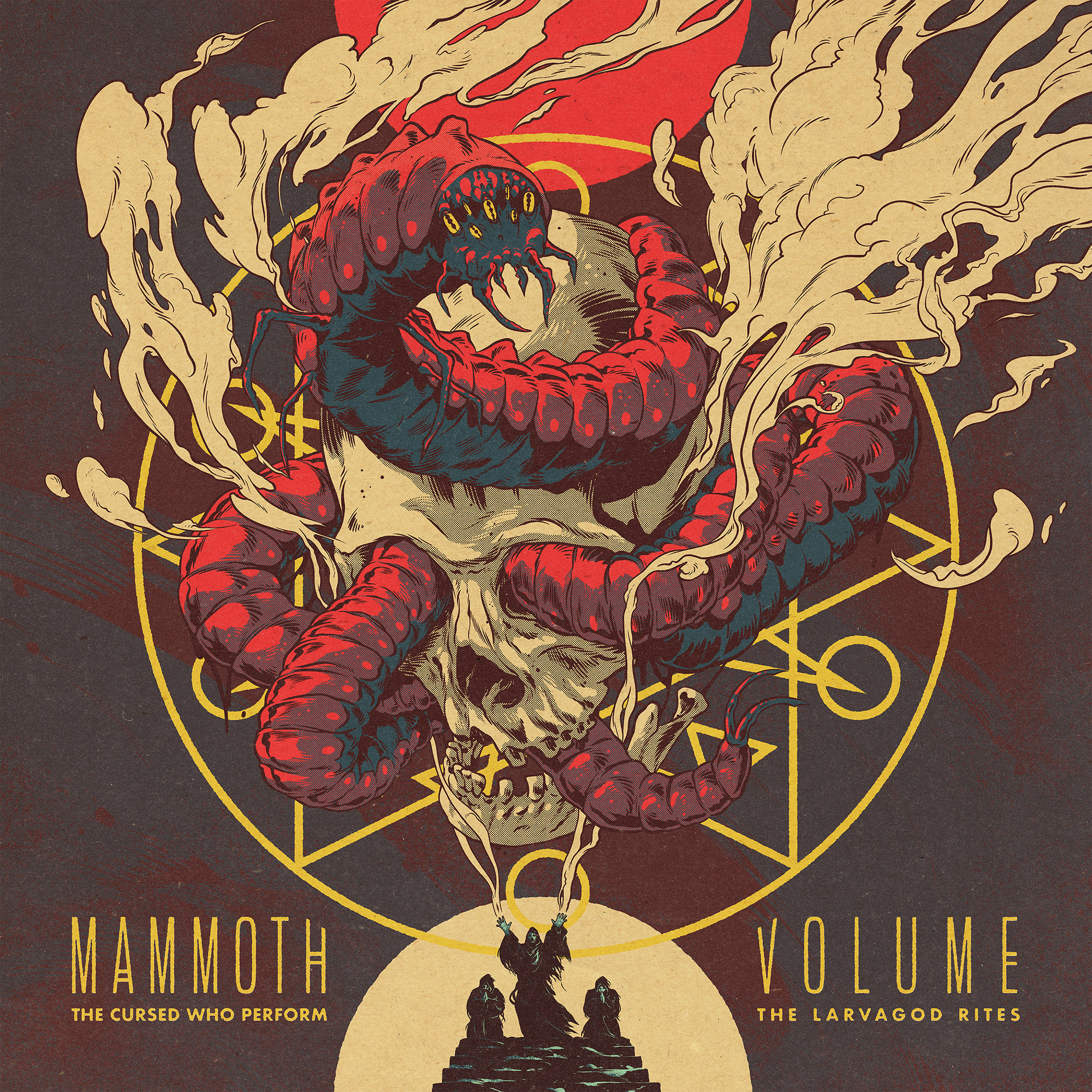 TRACKLIST:
1. The Kuleshov Effect
2. Diablo IV
3. Medieval Torture Device
4. Want to Join Us? Come Back Later!
5. Osteoporos
6. The Lightwedge 60’s Race, Zombie Piccolos and the German
7. A King and a Tyrant
8. A Lullaby of Doom
9. Diablo V: Lanternsong