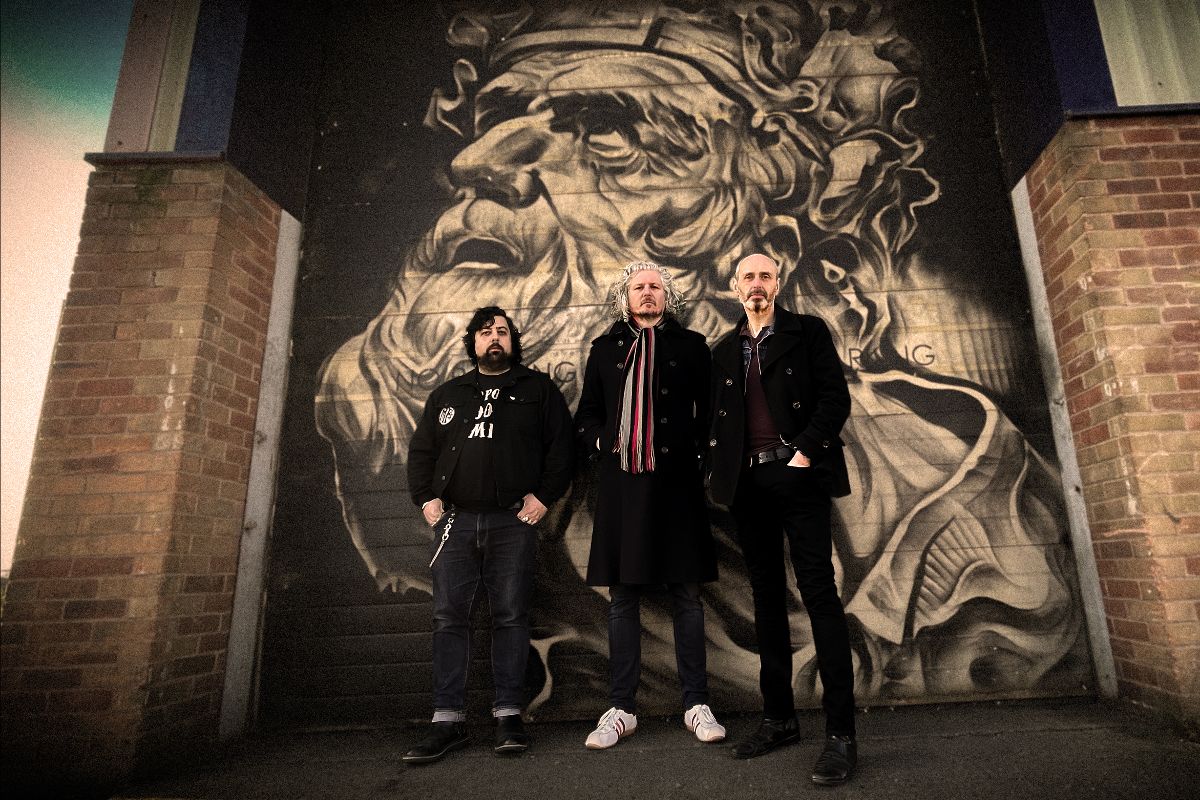 UK’s legendary heavy psych rockers JOSIAH return this summer with their first album in over a decade, ‘We Lay On Cold Stone’, to be issued on July 15th through Blues Funeral Recordings. Feel galvanized with their new video « Let The Lambs See The Knife » now!

Forging ahead to reclaim their legacy as some of the earliest architects of lysergic heavy psych, JOSIAH return in 2022 with the exultant ‘We Lay on Cold Stone’. Emerging re-energized and in peak form, the band sear forth with a barrage of irresistible hooks and tripped-out riff-romps, utterly new yet subtly infused with vintage flashes of Cream and Grand Funk. Striding boldly into a new era, the trio confidently claims a place amid modern titans of psychedelic heavy rock like Monster Magnet, Nebula, The Atomic Bitchwax, asserting vast gravitas in a style they helped create.

About this new song, frontman Mathew Bethancourt comments: « Let The Lambs See The Knife is a sonic wake-up call. A driving, pulsating dose of unreality. So many of us have fallen for the man’s tricks. The ‘only truth’ is a lie. Make your own truth, make your own way. Free yourself from the need for greed. Hold on to your heart and shake off the illusion of fear. Are you lamb or are you knife?«

‘We Lay On Cold Stone’ will be released on limited colored vinyl edition, CD and digital this July 15th through Blues Funeral Recordings. Watch their latest video « Saltwater » at this location.