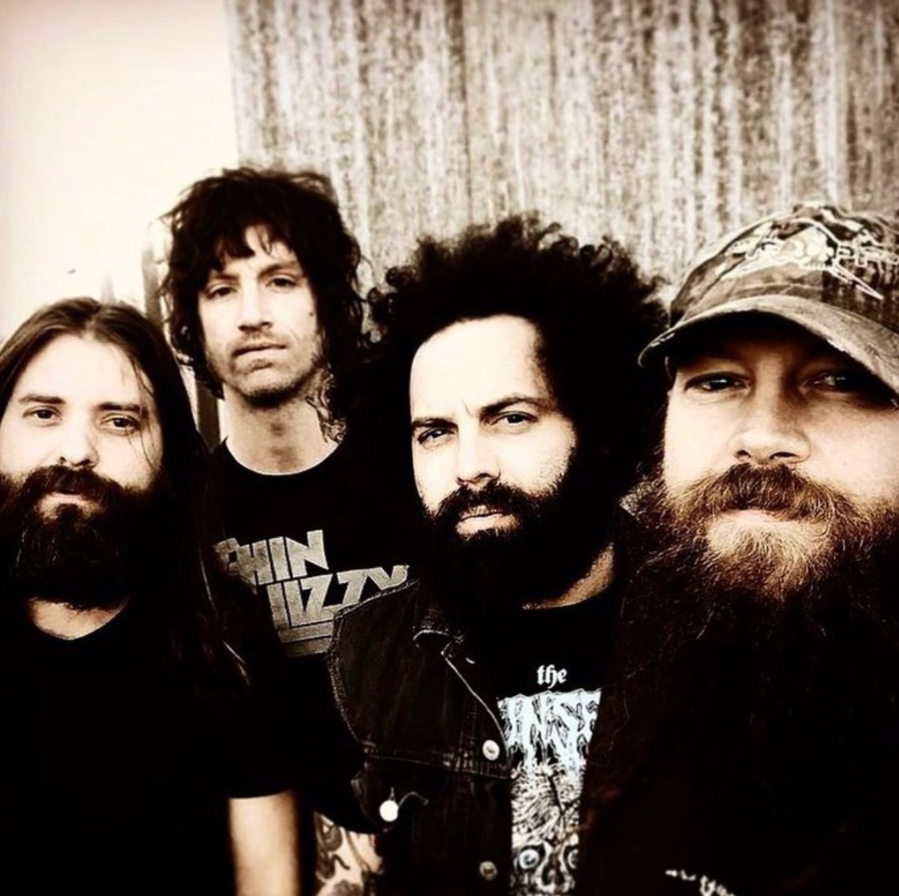 Austin prolific heavy rockers DUEL just shared a vibrant and 70s-sounding new single taken from their upcoming fourth album ‘In Carne Persona’, to be released October 1st on Heavy Psych Sounds. Get to hear what’s « Behind The Sound » right now!

On « Behind The Sound », the Texan four-piece embrace their softer and proggier side, revealing a new edge of their vintage-inspired heavy: « Behind The Sound was the first song we tracked for the new record. A haunting question of reincarnation and eternal life. It leans to our softer psychedelic side, taking hints from 70’s prog influences, and early UFO. This track helped us take a new direction for In Carne Persona.«

Their new album ‘In Carne Persona’ is nine heavy, riff-soaked tracks crafted from their desert dungeon. Written and recorded during the plague lockdown, this fourth studio album from the Texan unit was slowly and finely crafted down to the smallest detail. Just like you would expect from DUEL, you will find a handful of upbeat classic guitar rockers in the vein of Thin Lizzy, early UFO or Kiss, as well as electric old-school NWOBHM anthems channeling early Judas Priest and Iron Maiden, while the band keeps pushing the barriers of their sound and offering up something new with the soul of their classic evil boogie. Don’t miss their previous singles « Children Of The Fire« . and « The Veil« .