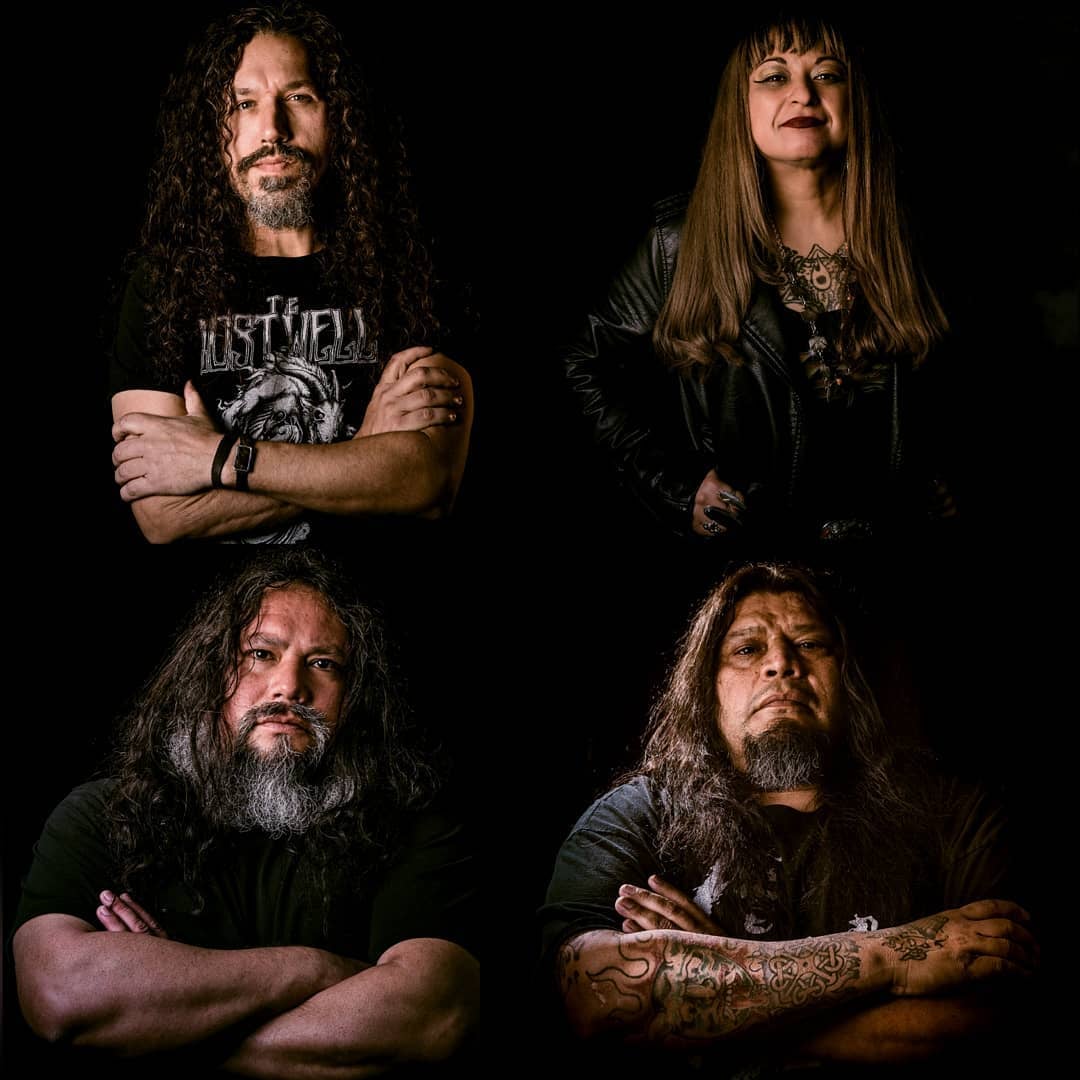 To celebrate the release of their anticipated new album ‘When Their Gods Come For You’ on Ripple Music, Austin heavy metallers WITCHCRYER present their epic new video for « Nemesis the Inevitable » exclusively on Ghost Cult Magazine.

Featured in WITCHCRYER‘s freshly released new album “When Their Gods Come For you”, “Nemesis the Inevitable” is a song about vengeance for crimes against women through lyrics based on the mythological tale of Greek goddess Nemesis, whose name evokes a meaning of judgment, retribution, and restoring balance to the world through acts of poetic justice and vengeance. The video was shot by Austin videographers Erik Bredthauer (Necroblance Photography & Design) and Marcos Morales and Josh Paul (Dirt City Studios).

Vocalist Suzy Bravo emotionally tales the story of Nemesis through the narration of the vengeful goddess promising to bring a murdering, rapist criminal to justice. She recalls inspiration behind lyrics: “During my junior year in high school, a beautiful freshman girl that everyone knew was raped and murdered. It was discovered that another classmate who gave her a ride home after a party she was drunk at the night she was murdered, was found guilty and executed. Years after the execution, I found out that several people at that party sexually assaulted her earlier that night. I don’t believe that those people were ever brought to justice and ever convicted for what they did to her before the murder took place.

About two years later, a 12-year-old girl I know was raped and I had to be the one to call the rape crisis hotline, tell her mother, find help for her and her mother, go to the hospital with them, talk to the police, never find out who the rapist was nor see him brought to justice, and I’ve had to watch her deal with the demons that she’s had to face many decades after it happened to her.

Her rape and my classmate’s death fueled so much anger in me that I’ve never been able to resolve. It angers me that these people continue to exist without ever having justice served to them and then dealing with this feeling of helplessness for not being able to do anything about it. Writing and singing about it helps me work through those emotions and maybe imagine for a minute that the reality is that there is badass goddess out there taking care of business.” 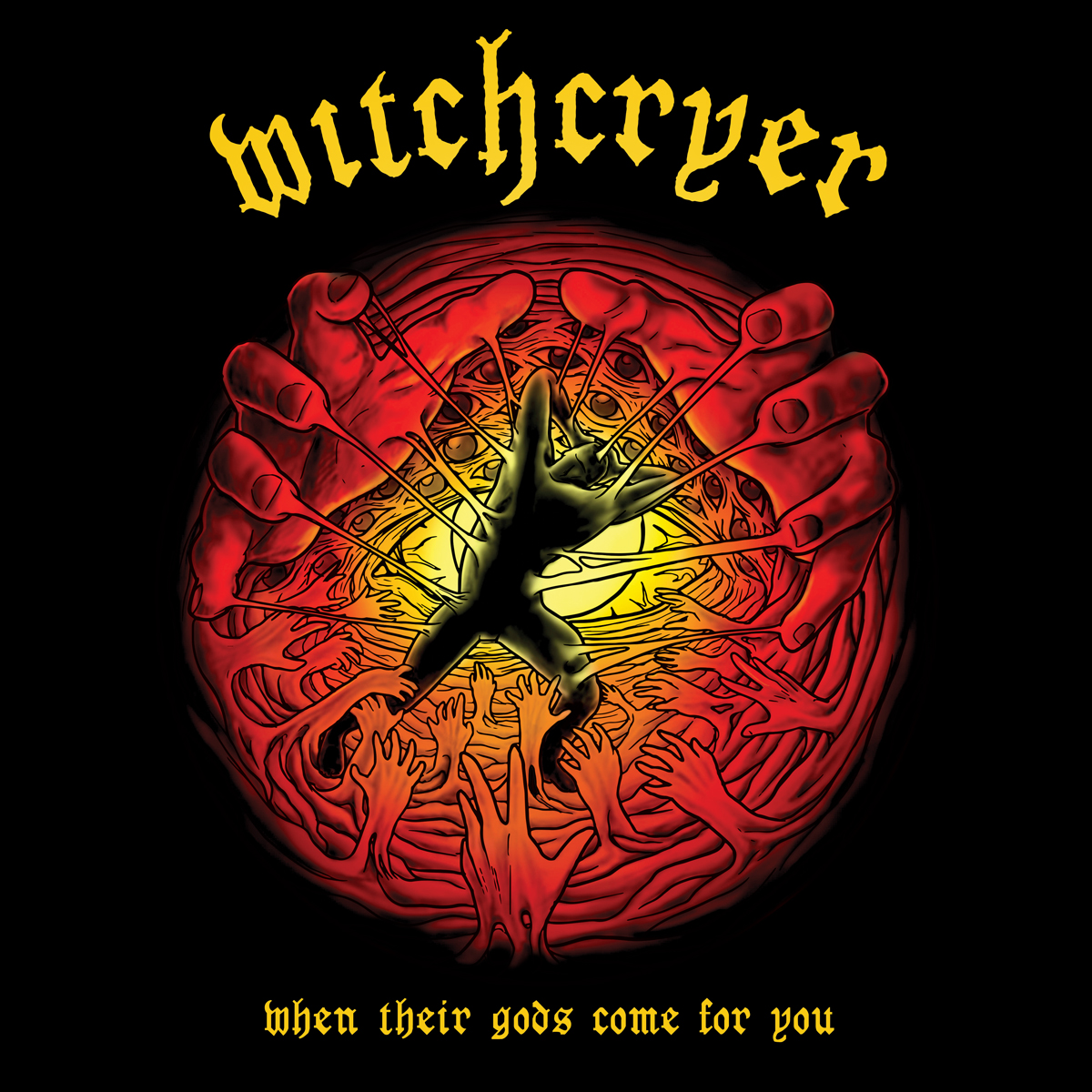 WITCHCRYER was created by guitarist Jason Muxlow during his time with Chicago doom band Earthen Grave (Ripple Music) and became his priority when he moved to Austin in early 2015. That summer, he began co-writing songs with drummer Javi Moctezuma; vocalist/lyricist Suzy Bravo joined the band later that year, leading to the release of their demo ‘The Preying Kind’. With the final addition of San Antonio bassist Marilyn Monroe (Pillcrusher, Las Cruces), Witchcryer played its first show in April 2016.

Their debut album ‘Cry Witch’ was released on Ripple Music in 2018, comprising nine songs of classic doom produced by the band and Brant Sankey. The band toured the Southern states with Italian doom band Messa, then made their way north to Chicago later in the year, while playing regularly across Texas. In the fall of 2019, WITCHCRYER headed back to producer Brant Sankey’s Studio E in San Antonio to work on the new album, with special guest appearances by doom vocalists Gary Rosas (Ungrieved, Mala Suerte) and Steve Colca (Destroyer of Light).

“When Their Gods Come For You” is a concept album that deals with deities across various ages of civilization throughout time. The album starts with “Devil & The Deep Blue Sea”, a Faustian tale of a damned soul swallowed by an apocalyptic leviathan, Hellmouth, and the narrator’s attempt to fight for their life. The album continues with the song “Hellmouth” in which the narrator is now the Anglo-Saxon depicted demon fish itself. Songs about Greek gods and titans with tales of pride and punishment follow, as well as a Mesoamerican sun deity teaching its doomed warrior people to fly, a Roman goddess seeking justice for crimes against women, the tale of the Blackfoot creation god. Title track “When Their Gods Come For You” comes full circle, proclaiming that if one does not stand up for what they believe in, someone else will do the believing and choosing for them.