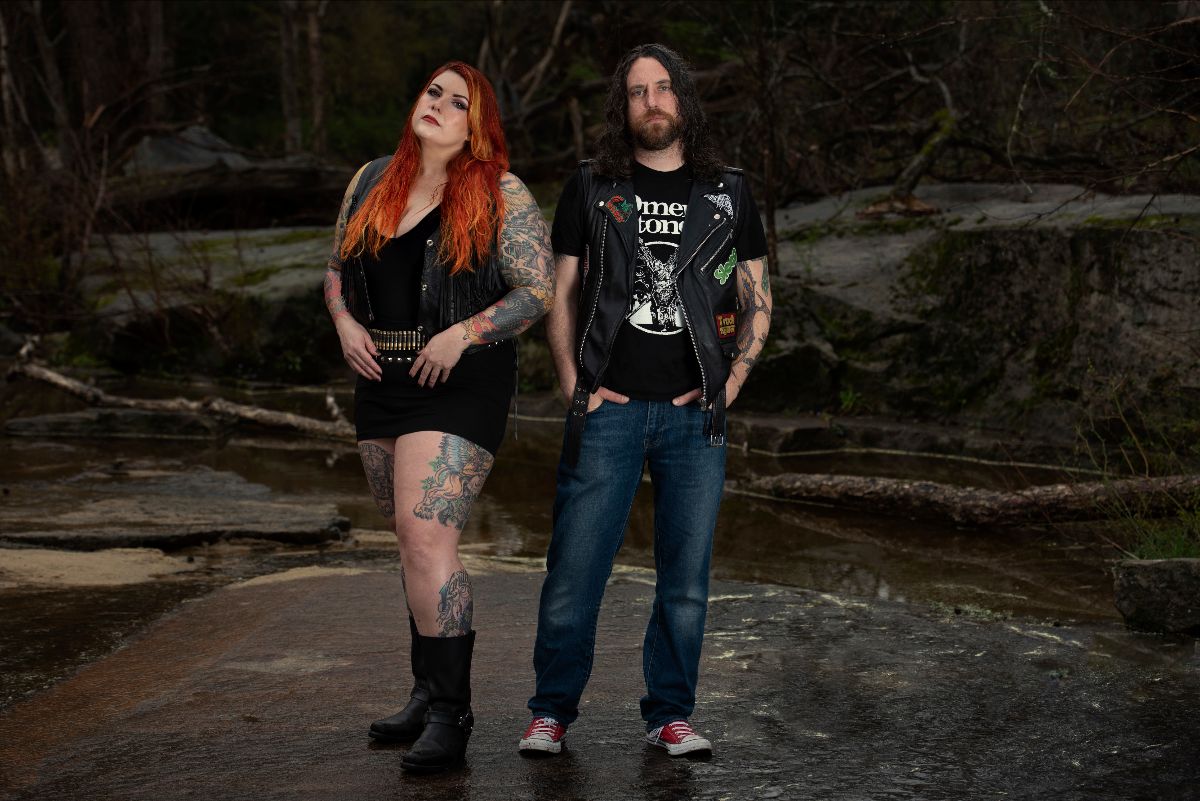 Delivering the goods with their infectious brand of doom rock with a heavy punk twist, North Carolina’s up-and-coming bass/drums duo CRYSTAL SPIDERS unleash their fire-driven debut album ‘Molt’ in its entirety, ahead of its official release this September 25th on Ripple Music.

« Are you ready to head out into the wild and start a new life? (…) It’s the rumbling riffs that sound like they’re rising from the roots of some long-forgotten ancient tree and the wild and ethereal vocals that echo from somewhere in the heavens. (…) Any fans of stripped-down, rock n’ rolling, psychedelic doom are going to be stoked on this record« , enthuse Cvlt Nation editors.

“A stomping, psychedelic album which draws as much
from heavy punk as from classic rock.” — Powerplay Magazine
“There are no duff tunes, nothing is out of place, and there are times where so much is going on, it’s hard to believe it’s a duo.” — The Sleeping Shaman
« It’s a safe bet that they will soon take space in the minds of fuzz-addicted legions far and wide. » — Maximum Volume Music