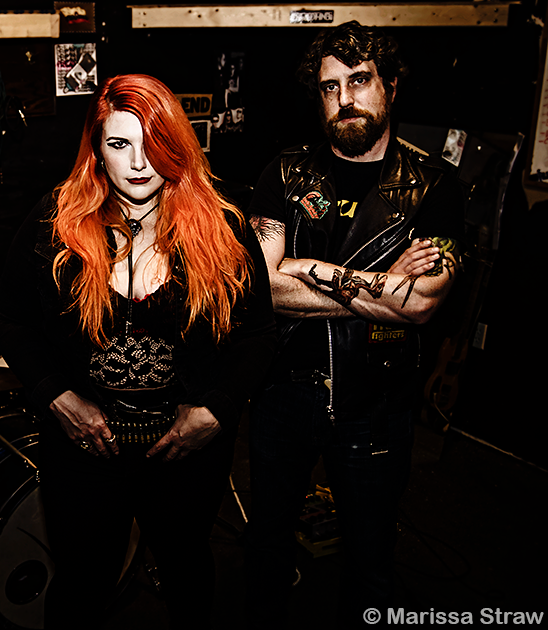 Ripple Music are stoked to welcome North Carolina’s doom metal duo CRYSTAL SPIDERS to their roster, for the release of their debut full-length ‘Molt’ on September 25th. Behold, as the mighty US duo unveils more details, preorder and a bewitching first video today!

Following a year of consistent gigging and short runs alongside The Well and Omen Stones, CRYSTAL SPIDERS are looking to up the ante with confirmed appearances at Raleigh Deathfest and the Maryland Doom Fest, as well as ranging further along the East Coast and into the western US. Riding the momentum of their first year of shows and the strength of a potent debut, it’s a safe bet that they will soon take space in the minds of fuzz-addicted legions far and wide. Debut album ‘Molt‘ is coming out on September 25th 2020 through Ripple Music.
CRYSTAL SPIDERS are: Brenna Leath – Bass/Vocals
Tradd Yancey – Drums/Vocals