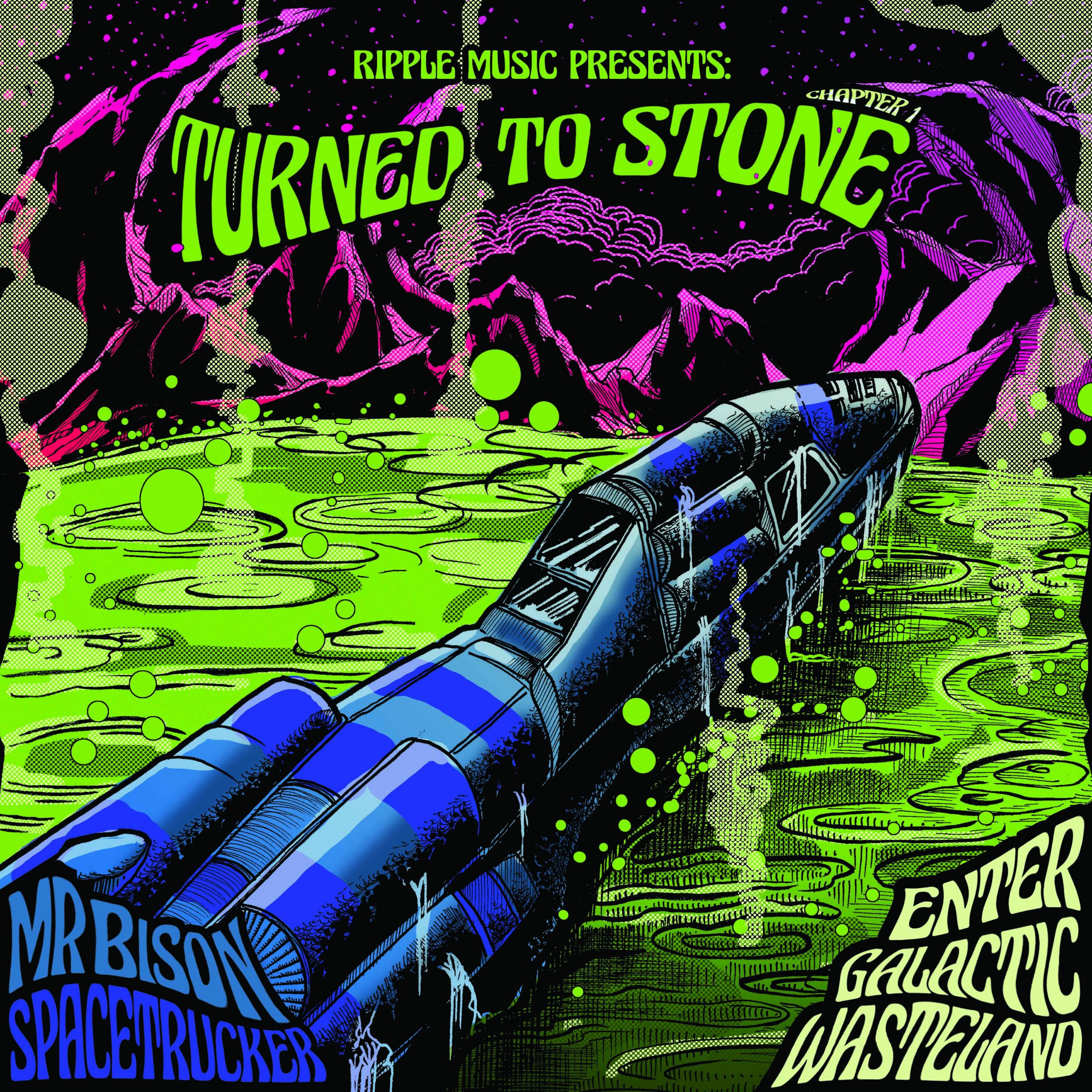 Californian label Ripple Music recently announced the release of new split 12″ vinyl series entitled ‘Turned to Stone’, focusing on unique pairings from across the heavy underground. First installment ‘Turned To Stoned Chapter 1: Enter Galactic Wasteland’ with MR.BISON and SPACETRUCKER is streaming in full today via The Sleeping Shaman, ahead of its release on January 17th.

Stream « Enter Galactic Wasteland » in full via The Sleeping Shaman

For its new split series ‘Turned to Stone’, focusing on unique pairings from across the heavy underground, Ripple Music invited heavy psych behemoths MR.BISON and SPACETRUCKER  to provide the 6 tracks that make up the series’ first chapter, ‘Enter Galactic Wasteland’. The Californian powerhouse label’s new split 12′ series is set to begin with its first installment in early 2020, and features some of each band’s most varied songwriting to date. MR.BISON and SPACETRUCKER have space to unleash low tones, psychedelics, heavy blues hooks and groovy riffage. Definitely a must-hear!

Within just a few years, MR.BISON established themselves with initial releases « We’ll Be Brief » and the critically-acclaimed « Asteroid » as one of the most exciting combos in the heavy psych scene. They leveraged these successes into US and European tours and dozens of gigs across the Italian peninsula, opening slots for Danko Jones, Red Fang, Mondo Generator, Karma To Burn, Nebula, John Garcia and many more. MR.BISON’s two guitars together create a massive wall of sound through which listeners will likely never notice the absence of the bass guitar. Releasing their latest album Holy Oak in May 2018, MR.BISON continue to play far and wide throughout the world in clubs and festivals.