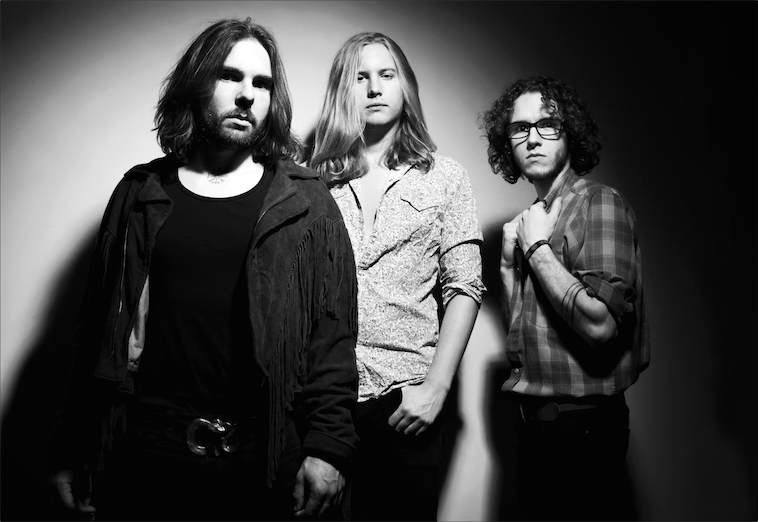 They promised they would be back with new material before the summer, they kept their word: London heavy trio BRIGHT CURSE is back with a super fuzzy new single « Shaman », right on time before hitting the European roads this Spring.

New single « Shaman » comes along another song entitled « Fear The Lord », both being available on the band’s Bandcamp as well as all digital platforms on March 20th. The tracks were recorded in London, and mastered by Tony Reed (Mos Generator, Stoned Axe) at HeavyHead Recording studios.
BRIGHT CURSE‘s frontman Romain Daut comments on this new material: « We wanted to record a single with our new bass mästare Max to show the evolution in our sound, so we wrote « Shaman » in January and recorded it in February. With this song, we tried to find a way between old school riffs and lumberjack heaviness. Max brings more energy and feeling to the band, and I think it’s all over those two songs. It’s a brand new alchemy for Bright Curse.«
BRIGHT CURSE will head back to the studio later in 2015 to record their second album to date. The trio will hit the road on March 16th for a short Euro tour.
« Shaman » will be available March 20th on all digital platforms
Artwork by Elvisdead