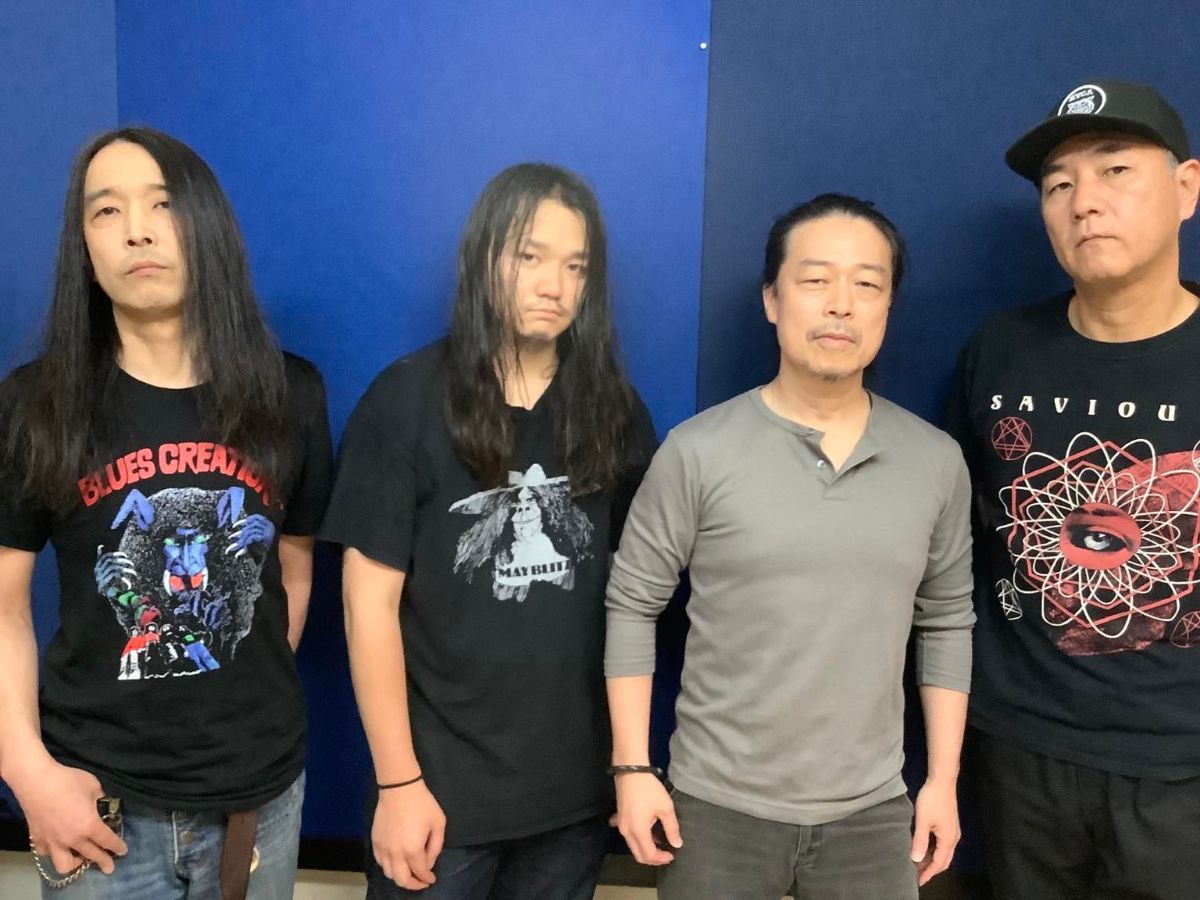 Japanese psychedelic blues rock project SONIC FLOWER (with Church Of Misery members) announce the release of their third full-length ‘Me And My Bellbottom Blues’ on September 30th through Heavy Psych Sounds, and share the first single « Swineherd » today!

If you’re looking for the perfect 70s throwback and the tastiest bluesy licks, then look no further than SONIC FLOWER‘s new album! With Church Of Misery bassist and mastermind Tatsu Mikami at the helm of the project, you can expect a huge slab of groovy boogie-psych sprinkled with deep-toned funk and doom influences. The lineup also comprises original Church Of Misery vocalist Kazuhiro Asaeda, blues guitarist Fumiya Hattori, and drummer Toshiaki Umemura.

Recorded in Tokyo in early 2022 and mixed by Japanese doom guru Yukito Okazaki of Eternal Elysium fame, “Me And My Bellbottom Blues » is « their biggest work to date », according to Mikami. It will be released on September 30th through Heavy Psych Sounds, alongside the repress of their acclaimed ‘Rides Again’ and selt-titled albums.

SONIC FLOWER was formed as a side project of Church of Misery in 2001. Tatsu Mikami (Church Of Misery bassist) and Takenori Hoshi (guitarist on Church of Misery’s second album « The Second Coming ») teamed up to play more bluesy and instrumental heavy rock influenced by 70’s acts such as Cactus, Grand Funk Railroads, Groundhogs or Savoy Brown.

They were quickly joined by guitarist Arisa and drummer Keisuke Fukawa. In 2003, they released their bluesy heavy rock self-titled debut album ‘Sonic Flower’ on Japanese label Leafhound Records. This instrumental, improvised double guitar-charged record was internationally acclaimed, and they got the chance to support Electric Wizard, Bluebird or Acid King on their Japan shows.