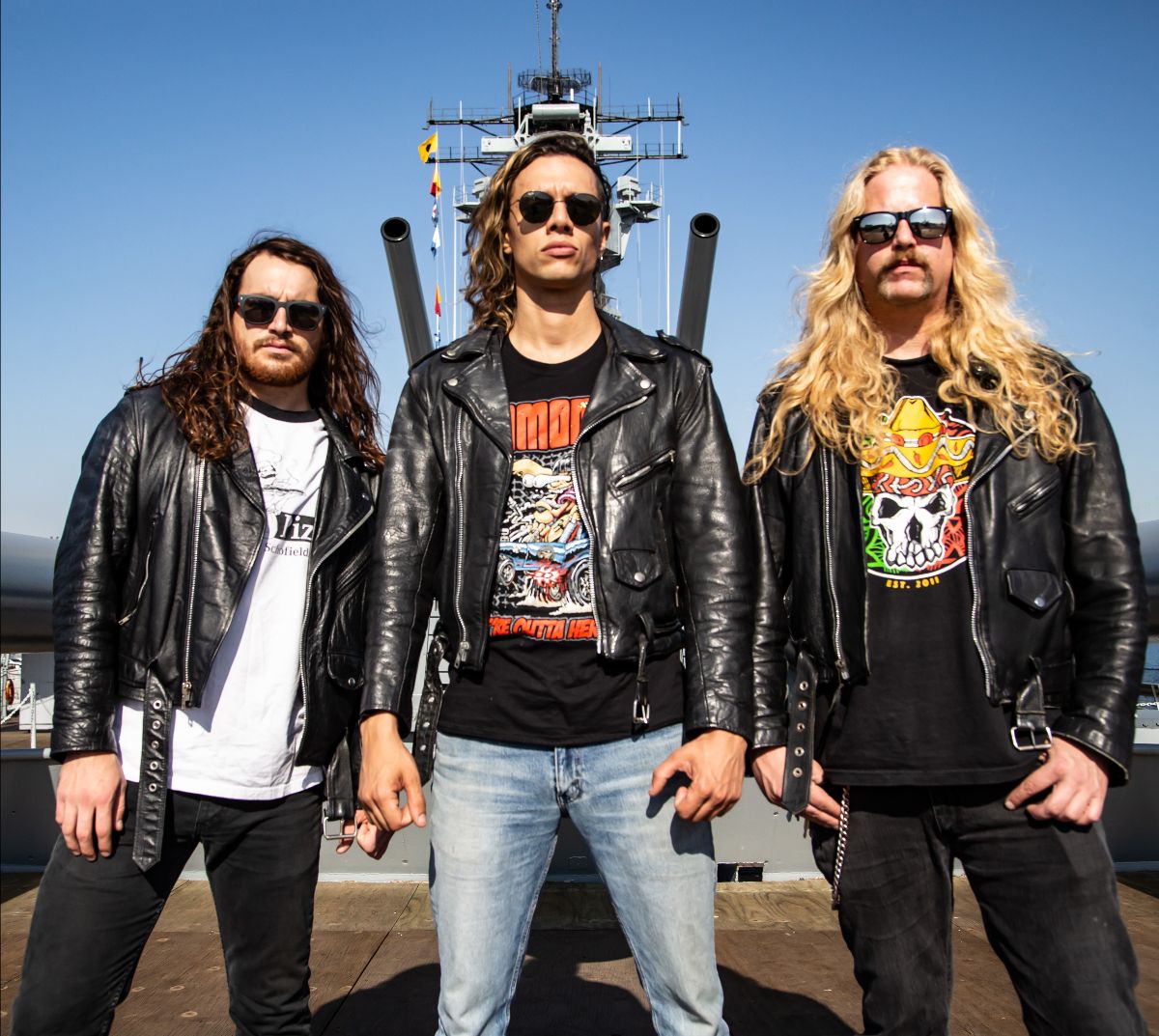 VOID VATOR was on the road in San Antonio, TX when the world came to a halt. On March 15th, 2020, they performed the fifth show of the ‘Spring Breakneck Tour’ before being forced to cancel the remainder of the dates and head back to Los Angeles due to the U.S. Covid shutdown. Once home, Void Vator switched gears to finish recording their new album ‘Great Fear Rising’.

The writing process of ‘Great Fear Rising’ had been recently completed with drums being tracked a few days prior to the start of tour at Screaming Leopard Studios in Hermosa Beach, CA. As the world struggled to adjust to life after Covid, VOID VATOR recorded guitars, bass, and vocals with Michael Spreitzer of Devildriver at Audio Vault Studio in Torrance, CA.  Great Fear Rising was mixed and mastered on the East Coast in Milford, CT by Nick Bellmore of Toxic Holocaust/Kingdom of Sorrow at Dexter’s Lab Recording.

In September of 2020,  VOID VATOR flew Detroit video producer Chris Honoway to Los Angeles to film the video for “I Can’t Take It”. Shooting captured Hollywood’s post-pandemic landscape of boarded up businesses and hazy skies obscured by smoke as hundreds of wild fires mercilessly burned surrounding cities up and down the West Coast. “I Can’t Take It” portrays VOID VATOR overcoming ridiculous obstacles to perform a rock show while being tracked and attacked by spies sent by an overzealous political figure hell bent on canceling the world.

“I Can’t Take It” is the first single and video from their new album ‘Great Fear Rising’, to be released through Ripple Music in April of 2021. Watch « I Can’t Take It » at this location.

VOID VATOR have been striking since 2014, and have quickly developed a reputation as a take-no-prisoners live act. Positioning themselves as worthy heirs of the New Wave of Traditional American Heavy Metal, they previously collaborated with Grammy-nominated producer Ulrich Wild (Pantera, Deftones, Metalocalypse) on their debut EP ‘Dehumanized’ (2017, WURMgroup), then with world renowned producer Bill Metoyer (Slayer, DRI, Body Count) on their 6-track EP and Ripple Music debut ‘Stranded’ (2019).