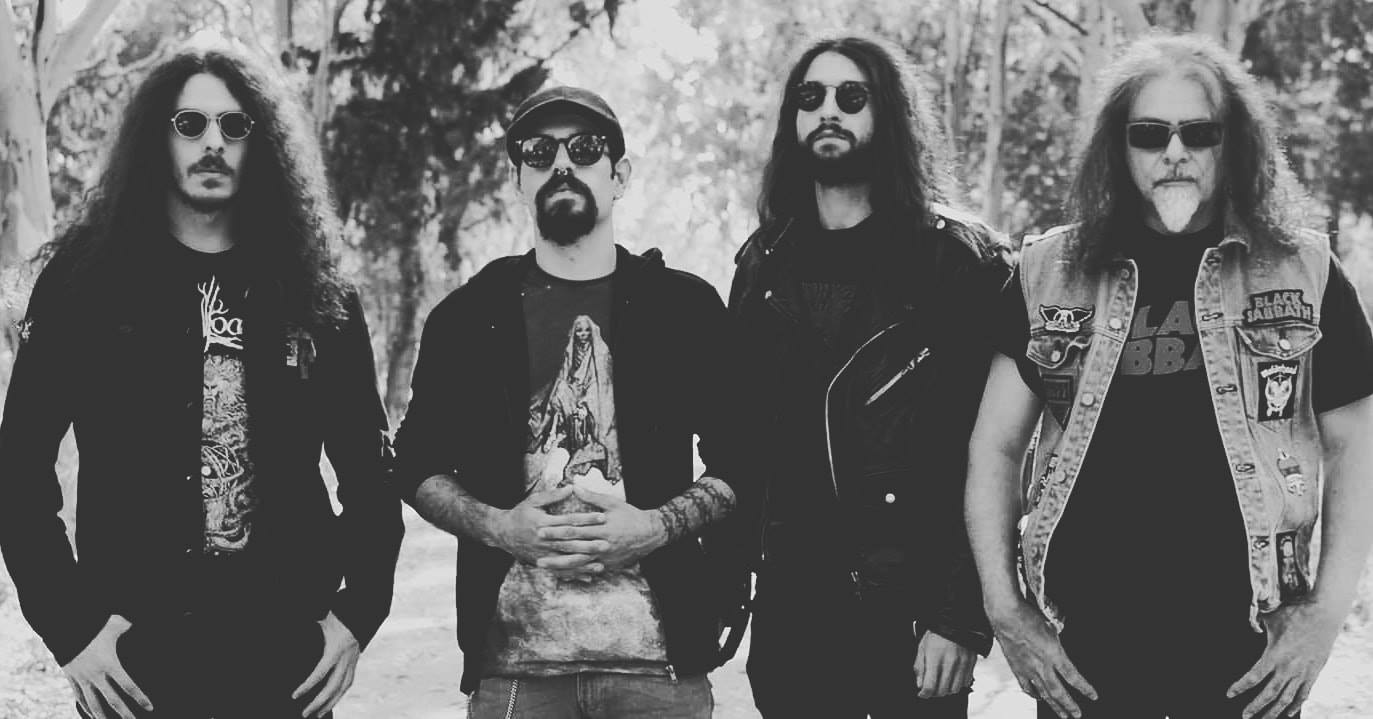 ACID MAMMOTH unveil their greasy and devilish sophomore album ‘Under Acid Hoof’ in full today courtesy of New Noise Magazine! This hulking slab of doom epics is coming at you on January 24th through Heavy Psych Sounds Records.

Athens’ ACID MAMMOTH don’t joke around when it comes to bringing the filthiest and grooviest doom metal to your speakers. New album ‘Under Acid Hoof’ offers a tar-thick slab of intoxicating, Satan-friendly riffs seasoned with Chris Babalis Jr.’s haunting vocals. An album made to be played at maximum volume with a reefer in hand.

“Everything about this new record excites us. “Under Acid Hoof without a doubt surpasses its predecessor in every way from a creative standpoint as well as production-wise, and we are really proud of the final product. We are also very excited and honored to be a part of the great Heavy Psych Sounds Records roster; it’s a dream come true. The response to the album up until now has been really positive, and we are grateful to all those who have supported us so far.” says Chris Babalis Jr.

Get crushed by new album ‘Under Acid Hoof’ HERE

“Under Acid Hoof” is their second full-length, recorded in 2019, mixed and mastered by Dionysis Dimitrakos of Descent Studios. Drums were recorded in Dope of Sound Studios in Athens. It’s a direct continuation of the band’s self-titled debut, but darker, heavier, and fuzzier. The father & son duo on guitars offer a horde of Iommi-style, fuzz-laden riffs, supported by wicked bass lines and relentless pummeling. Artwork was designed by Branca Studio.

“They establish themselves as a band that will help to define the genre in the future. (…) Acid Mammoth sets the bar high with this album.“ The Sludgelord

“This is a powerful and addictive experience that demands your full undivided attention.” Outlaws Of The Sun

“Be one of the people who can confidently say, “I’ve been listening to them since Under Acid Hoof”. Heavy Blog Is Heavy

ACID MAMMOTH is a doom metal band from Athens, Greece. The band was formed in 2015 by Chris Babalis Jr. (Vocals & Guitars) and Dimosthenis Varikos (Bass), good friends since high school, with a deep love for Sabbath and other heavy music. They were quickly joined by their very good friend Marios Louvaris (Drums) and Chris Babalis Sr. (Guitars), Jr.’s father. Acid Mammoth is more than just a band of friends. They are a family. In late 2016, the band recorded its self-titled, debut full-length album, which they self-released digitally in autumn of 2017. The album was well received, and it wasn’t long before the band was in the studio again to record its second full-length album “Under Acid Hoof”. 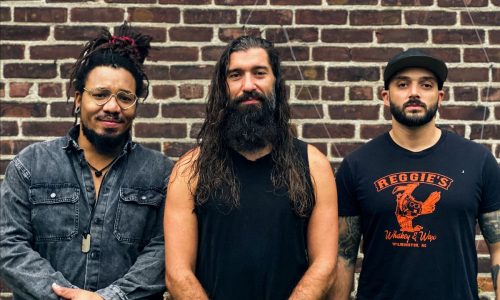