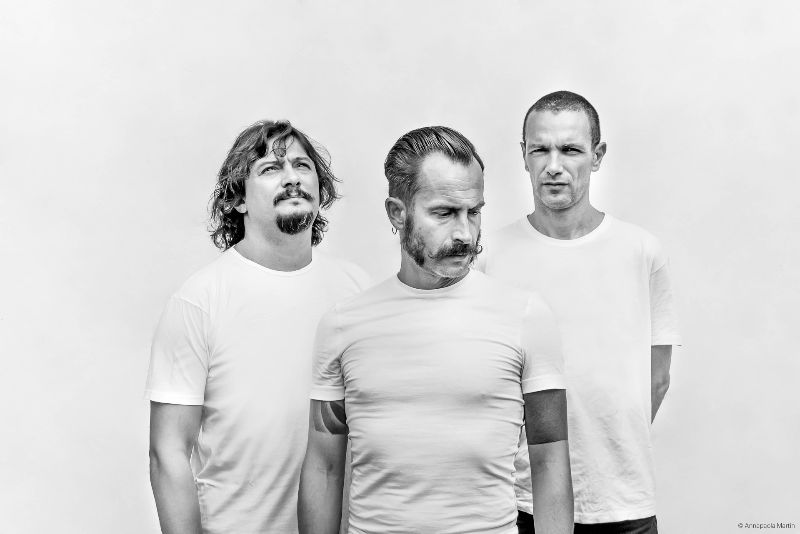 « One of the most experimental albums I’ve ever heard, 3 long tracks of so many layers and changes it might truly blow your mind and drive you insane; vocal chants, improvised instrumental pieces and other kind of weird noises, same time it amazes and mesmerizes. A masterpiece of experimental music. » describes Droning Earth.

Open all of your chakras here and NOW

The trio consists of highly talented artists Massimo Pupillo (ZU), Cristiano Calcagnile and Xabier Iriondo. They say about their EP: « Pleiadees looks at the stars with its feet in the mud of life. From mud the lotus is born. From the lotus a jewel. Pleiadees music digs deep in search of forgotten jewels. It uses the methods of free rock, jazz, improvisation and transcends them all. It’s world music for these disjointed times we’re all in. »

PLEIADEES offers a rich, ancestral and powerful synthesis of electronics, traditional sounds and jazz instruments. As a result: deep reverberations directly connected to the soul. Pleiadees raise an unearthly and syncretic beauty just as The Mount Fuji Doomjazz Corporation or The Kilimanjaro Darkjazz Ensemble before them.