British punk forerunners THE DAMNED will celebrate the 40th anniversary of their first single « New Rose » this year at London’s Royal Albert Hall in May, where they’re set to play in front of 5,500 fans. Formed in 1976 in London, they are considered as one of the most influential punk groups along the Sex Pistols and The Clash. This Reverence Valada appearance will be their first show ever in Portugal.
Formed in 1998 in Washington, DEAD MEADOW is one of the finest indie psyche rock acts of the modern era. Among their nine studio and live albums, we can count collaborations with Steve Kille, Andrew Stockdale (Wolfmother), Anton Newcombe (Brian Jonestown Massacre) and many more. Their latest widely acclaimed album « Warble Womb » was released in 2013.
DIY alchemists THE CULT OF DOM KELLER are creators of whacked out soundscapes and songs that seem to come from another universe, all from the confines of their sonic bunker. After gracing the stages of Austin Psych Fest and Roadburn, they will once again enthrall European fans with their appearance at Reverence Festival.
San Francisco’s  LSD & THE SEARCH FOR GOD have developed a must-see reputation within the underground psychedelic/shoegaze/space rock community. 2016 will be the year they will tour Europe for the very first time.
Operating in « chaos rock » territories, MÉCANOSPHÈERE is an international music and art performance collective rooted in Portugal. Blending spoken word, concrete and cosmic music, ghost jazz, the 10-year band will offer a theatrical and versatile show at Reverence Valada. Our sixth band confirmed is UK’s sludge/doom/noisemongers PIGS PIGS PIGS PIGS PIGS PIGS PIGS.

Get more infos on the Reverence Valada website
Follow the festival on Facebook, Twitter and Instagram
REVERENCE VALADA FESTIVAL is a huge celebration of the best that underground music has to offer, providing a premium heavy and psyche lineup with dozens of international acts spread over three days in the greenness of Valada’s Parque de Mereindas along the Tage river. The first two editions of the festival have hosted over 150 bands international bands, including great headliners such as Sleep, Hawkwind, Amon Düll II, The Black Angels, Electric Wizard and Graveyard. This has become a real pilgrimage for many indie, psych and stoner music fans around the world.
This year, the festival will take place during the second weekend of September in Cartaxo (about 50 kilometers from Lisbon), once again offering an impressive range of underground psychedelic acts and DJs over three days. 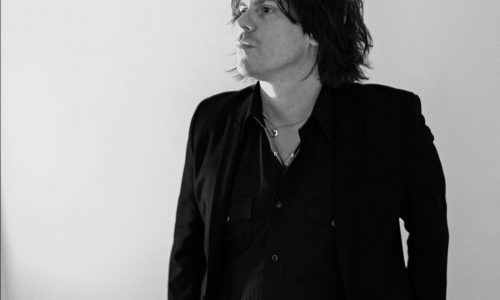