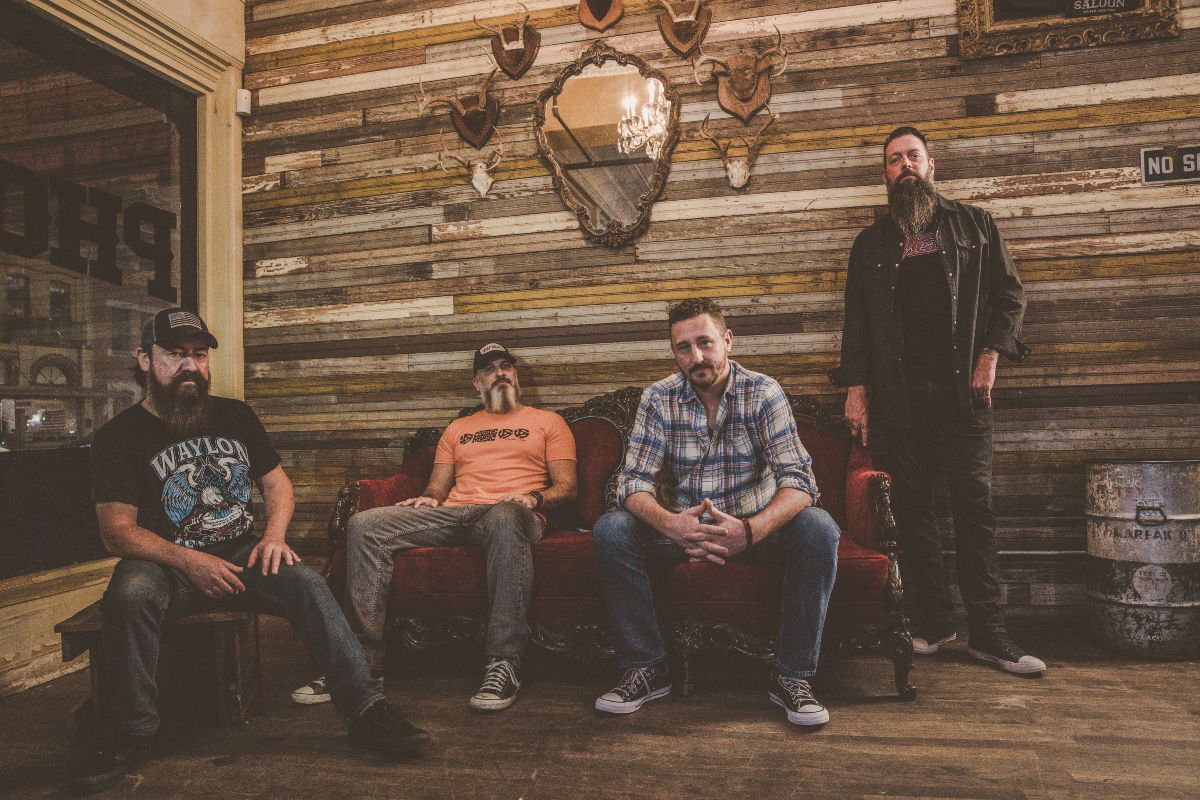 As hypnotic as the open roads that circle the Badlands and as imposing a presence on the desert landscape as you’re likely to find outside of Joshua Tree, HIGH DESERT QUEEN are an American rock band on the rise. Take a trip with their new single « The Mountain vs The Quake », taken from their upcoming debut album ‘Bury The Queen’ due out March 5th, 2021.

Formed in Austin, Texas in 2019 to an eclectic backdrop of influences and styles, as avid adopters of alt-rock progenitors Kyuss and Alice In Chains, the band’s sole aim was to make the kind of music they could file away on their record shelves, alongside the likes of Queens of the Stone Age, Elder, Tom Waits and The Allman Brothers.

Stream « The Mountain vs The Quake » right here

“We like the idea of creating ‘Texas Desert Rock’’” explains singer and guitarist, Ryan Garney. “Music that has its roots in blues, stoner rock and doom but most importantly of all, sounds like it’s from Texas. Fortunately for us, the creative process feels pretty easy since we don’t really care what kind of songs we write, as long as they have a groove and feel good.«

Providing high octane shows that never deliver the same experience twice, HIGH DESERT QUEEN were well on their way to establishing themselves as one of the hardest working rock bands on the Austin music scene. Relocating from Houston in 2020 to accommodate the talents of new bassist Matt Metzger and former Monte Luna drummer Phil Hook, after a handful of rehearsals they found themselves in the enviable position of having twelve songs ready to commit to tape. Undeterred by a series of COVID-related setbacks and lifted by Garney’s endless drive and guitarist Rusty Miller’s inspired new material, High Desert Queen finally completed recording of their debut album.

Recorded and produced by Duel guitarist Jeff Henson at Red Nova Ranch Studios, their debut album ‘Bury the Queen’ will be released on March 5th, 2021 through Lick of My Spoon Records.