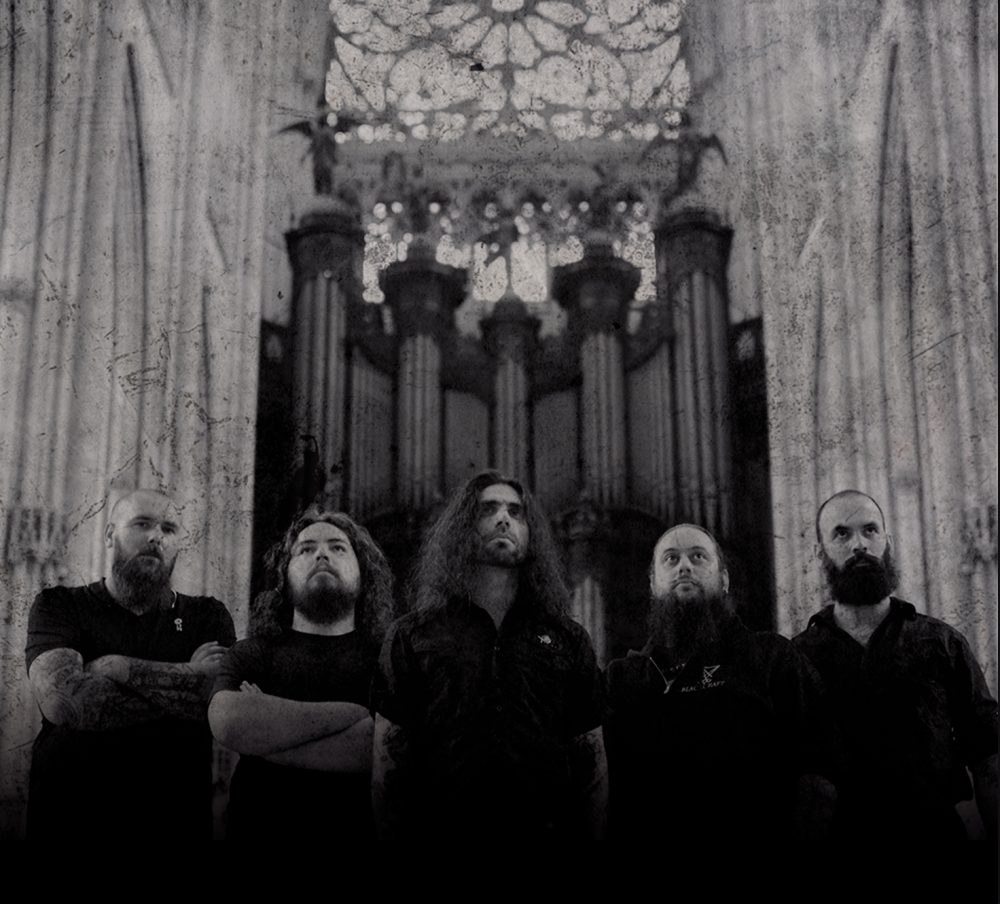 Forcefully ascending from the depths of Paris rock underground, it only took ABRAHMA one album to emerge as one of the torchbearers of French heavy rock on the international scene. Released in late 2012 on renowned North American label Small Stone Records, « Through The Dusty Paths Of Our Lives » unveiled an incredibly mature songwriting, while showcasing the band’s sombre and complex music realm. Like the main thread of this heavy odyssey peppered with hindu mysticism and voodoo convolutions, the sound is hulking and hypnotic, while vocals resound like a distant and irresistible incantation; an appeal that is amped-up by guest appearances from the likes of Ed Mundell (Monster Magnet) and Thomas « Asmoth » Bellier (Blaak Heat Shujaa). In 2013 and 2014, the band successively hit the stages of Desertfest London, Freak Valley Festival (De) and Mudfest (NL), and toured Europe with Enos as well as labelmates Wo-Fat. With this first full-length, ABRAHMA laid the foundations of their peculiar stoner aura adorned with the darkest riffage of the Seattle sound, and drew the attention of the international press. After an enthralling performance at Roadburn Festival, ABRAHMA delivered their second full-length « Reflections In The Bowels Of A Bird » via Small Stone Records. This new offering from the French foursome heaves with psychedelic fervor but also digs deeper into influence from the early ‘90s Seattle rock scene, bands like Soundgarden or Alice in Chains. A new step has been reached, which heralds of a brilliant future for the band.