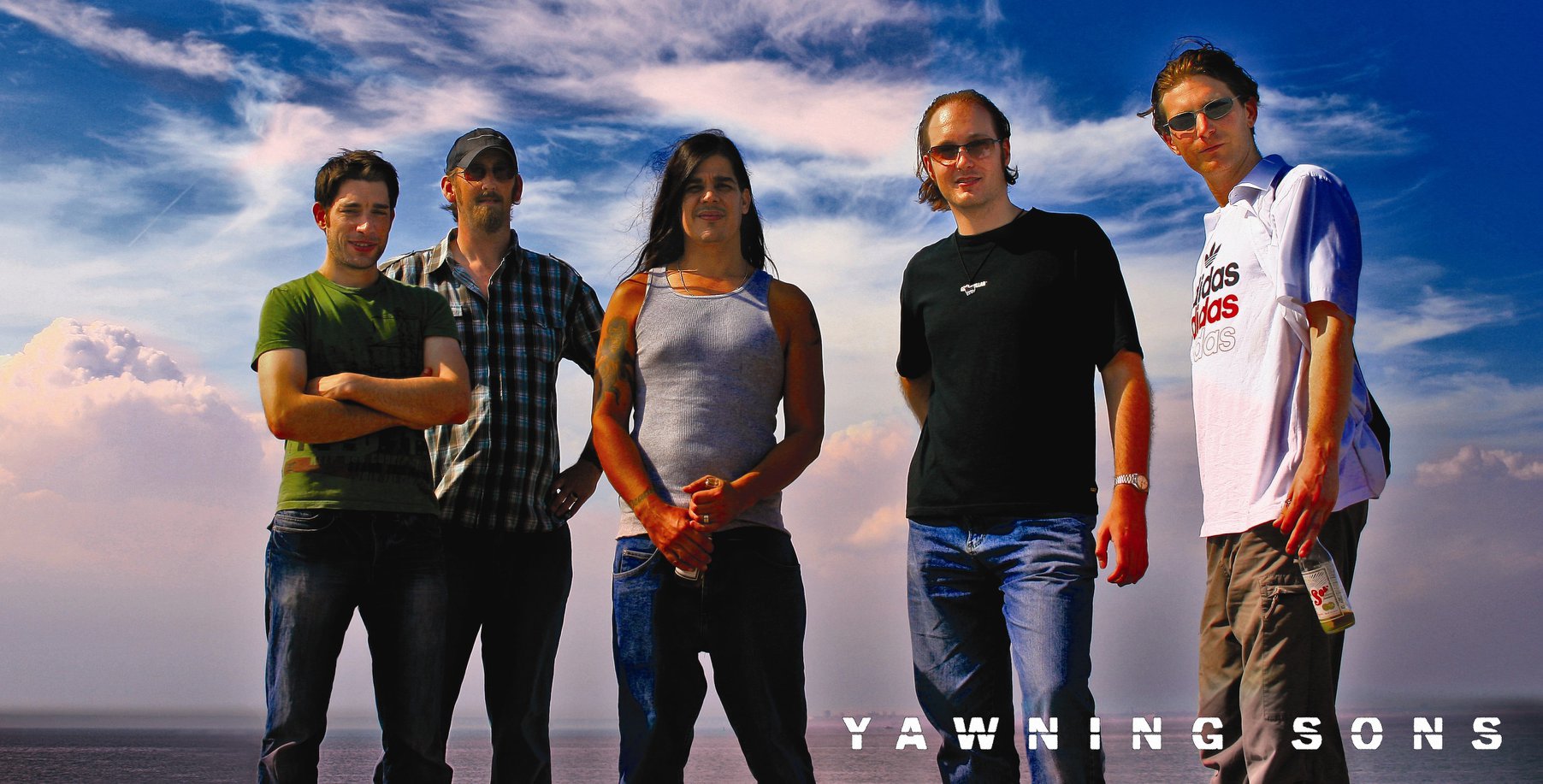 Ripple Music are exceptionally happy to announce that YAWNING SONS, the transatlantic collaboration between instrumental desert legends Yawning Man and UK trance rock cultists Sons of Alpha Centauri, have joined the Ripple Music family and will return with their eagerly awaited sophomore album in spring 2021.

Formed in 2008 when Yawning Man‘s signature sound guitarist Gary Arcetravelled to the UK to work with Sons of Alpha Centauri. Upon the first day of working in the studio, it was clear that something special was taking place. Within the space of a week, a new band was formed with the resulting sound is like no other experienced before.

In 2009, the debut album and instant cult classic ‘Ceremony to the Sunset’ followed, receiving near universal critical acclaim with performances from Mario Lalli (Fatso Jetson, Desert Sessions), Scott Reeder (Kyuss, The Obssesed) and Wendy Rae Fowler (QOTSA, Earthlings?) on vocals. The band have since released two singles with fellow Palm desert rockers WaterWays in 2011 and Fatso Jetson in 2018.

YAWNING SONS will return in 2021 with a new album on Ripple Music, with more details to be unveiled very soon. Founding member and bass player Nick Hannon declares: « Since 2009, we’ve been looking for a home that reflected the ideology of the band and our collaborative ethos and Ripple Music are perfect – looking forward! »